Enjoy our team's carefully selected Weather Jokes. Laugh yourself and share the funniest jokes with your friends! 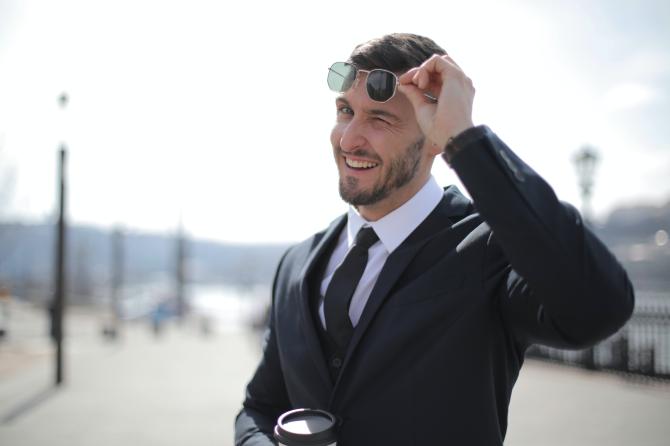 What do you do when you get locked outside your house in the cold weather?

You talk to the lock because communication is key.

It was so cold that the optician was giving away free ice scrapers with every new pair of eyeglasses.

My husband and I purchased an old home in Northern New York State from two elderly sisters.

Winter was fast approaching and I was concerned about the house’s lack of insulation.

“If they could live here all those years, so can we!” my husband confidently declared.

One November night the temperature plunged to below zero, and we woke up to find interior walls covered with frost.

My husband called the sisters to ask how they had kept the house warm.

After a rather brief conversation, he hung up.

“For the past 30 years,” he muttered, “they’ve gone to Florida for the winter.”

It’s so cold, I farted snowflakes.

It’s so cold, I chipped my tooth on my soup.

It’s so cold, you have to open the fridge to heat the house.

It’s so cold, the rock rattling around in your shoe is your toe.

A Native American man lived in the big city all his life.

It’s been raining for 3 days without stopping.

My wife is in depression, she is standing and looking through the window.

If the rain doesn’t stop tomorrow, I’ll have to let her in.

What does Spider-man wear when it gets cold out?

When asked the temperature I enjoy giving it in Kelvin.

I’m losing my friends by degrees.

It is so hot by the time I got home from buying eggs, I had twelve chicks in the bag.

It’s so hot that my kite crashed and burned.

It’s so hot that you can tell who has plastic surgery.

It’s so hot that the soles of my shoes melted.

It’s so hot that you can poach eggs in a pool.

It’s so hot that the clams were already steamed when I dug them up.

It’s so hot that firecrackers light themselves.

It’s so hot that my clothes dried right after I took them out of the washing machine.

It’s so hot that Satan went back to hell to cool down.

It’s so hot you need a spatula to remove your clothing.

It’s so hot fire ants are really on fire.

It’s so hot Siri asked to be dipped in a glass of ice water.

It’s so hot in the Apple store because they have no Windows.

It’s so hot my dream house in any house in Alaska.

It’s so hot all the sand on the beach is now glass.

It’s so hot my campfire lit itself.

It’s so hot the catfish are already fried when you catch them.

It’s so hot out, I baked lasagna in my mailbox.

It’s so hot the frozen pizza I bought at the grocery store was ready to eat by the time I got home.

It’s so hot out, I walked through a car wash to remember what rain felt like.

It’s so hot, that you could actually cook a full English breakfast on my forehead.

It’s so hot even the artificial flowers are dying.

It’s so hot, I went outside for a smoke and the cigarette lit itself.

It’s so hot, all the bread in the store is toast.

It’s so hot you discover that you can get a sunburn through your car window.

It’s so hot and humid outside, the air ironed the wrinkles out of my shirt.

It’s so hot the cows are producing evaporated milk.

What do you do if you get rejected for a job at the sunscreen company?

A young Arab boy asks his father, “What is that strange hat you are wearing?”

The father said, “Why, my son, it is a “chechia”. In the desert it protects our heads from the intense heat of the sun.”

“And what is the long flowing robe you are wearing?” asked the boy.

“Oh, my son!” exclaimed the father, “It is very simple. This is a “djbellah”. As I have told you, in the desert it is not only very hot, but the sand is always blowing. My “djbellah” protects the entire body.”

The son then asked, “But Father, what about those ugly shoes you have on your feet?”

“These are “babouches” my son,” the father replied. You must understand that although the desert sands are very beautiful, they are also extremely hot. These “babouches” keep us from burning our feet.”

“Why are we living in Birmingham and still wearing all this poop?

What happened after the mom purchased a loaf of bread from Albertsons?

By the time she got home, it was toast!

Yo mama is so hot, she makes the sun sweat.

Your mama so hot, scientists deemed her the leading cause of global warming.

Yo mama is so hot, she makes the sun look like Antarctica.

Yo mama is so fat, that the National Weather Service names each of her farts.