Enjoy our team's carefully selected Status Jokes. Laugh yourself and share the funniest jokes with your friends! 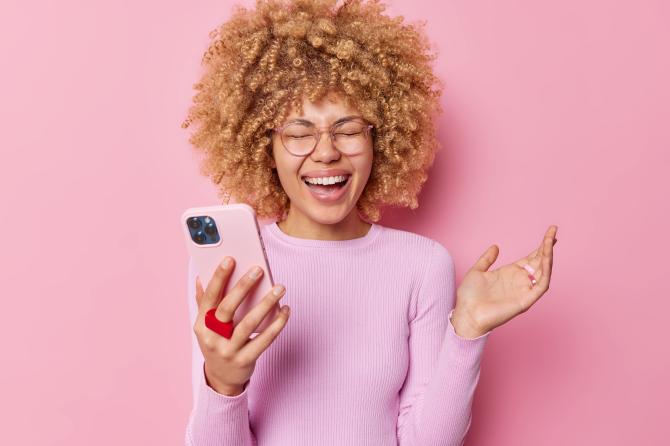 It only bothers people when it’s not their own.

It's the season to be fall-y.

I haven’t tripped, but here I am in the fall.

A miracle drug is one that has now the same price as last year.

It makes an excellent side dish to any meat.

Haircuts are great because I did none of the work, but get all the credit.

My therapist told me the way to achieve true inner peace is to finish what I start.

So far today, I have finished two bags of chips and a chocolate cake.

I allow myself only one donut per year.

You need to understand the difference between want and need.

The optimist sees the donut whole.

The pessimist sees the donut hole.

A person at the store asked me if doughnuts are healthy.

I don’t know, but I never met a sick one in my entire life.

I went to Dunkin’ Donuts and ordered 4 blueberry donuts and the cashier asked if I wanna box...

I’ve been banned for life from that shop.

I just stare at my desk, but it looks like I’m working.

You can look at the solar eclipse directly.

What’s holding me back is that I can’t afford a house.

Jennifer Lopez is 43 and her boyfriend’s 26.

So if you’re single it’s ok, maybe he’s just not born yet.

So I locked him outside.

I want to be the reason who makes you look down at your phone and smile...

And then walk into a pole...

Got an ice cream for my girlfriend.

Best trade I ever made.

My sister said I’m being immature.

I guess she isn’t getting her nose back.

I don’t like people who do not cover their mouths and noses when they sneeze.

These people make me sick.

My wife and kids are leaving me because of my obsession with horse racing.

“You know, I think it’s your turn to pick wild mushrooms.” My girlfriend said.

The boss is out sick so I’m taking it upon myself to declare today a sick day for us all. Go back to bed!

Being around you has inspired me... to quit as well as locate a new work!

I wish love is like a baby shampoo it has “No more tears formula”.

So when you need true love, Buy a pillow!

Love is a very complex matter of chemistry. And that is why my partner treats me like toxic waste!

If you have to force it, it’s going to end in a mess.

Only you can feel the warm sensation from such an experience.

Guys think that what women wish for is to find the perfect guy and fall in love...

WRONG... What every woman really wishes for is to be able to eat anything they want and not get fat.

Never laugh at your girlfriend’s choices. You’re one of them.

My kids won’t eat their tacos for dinner, so I had to throw them out.

Then I ate their tacos.

Today I made a big pot of pasta,

but when I went to dump the pot into the sink, I think I strained something.

I always seem to say the wrong thing. For example yesterday I complimented my best friend’s mustache.

Now she’s not talking to me.

The worst part about being a giraffe...

Is having a lot of time to think about your mistakes when you’re sinking into quicksand.

I used to play tennis, baseball, basketball and chess, but I stopped after my son broke my PlayStation.

When my boss asked me why I showed up late for our Zoom meeting, I told him that he wouldn’t believe the network traffic.

I like to wrap myself in a blanket when I work from home.

You could say I now work undercover.

The greatest miracle in the Bible is when Joshua told his son to stand still and he obeyed him.

I burned 2000 calories today. I fell asleep while baking pizza in the oven.

The only love triangle I want is a slice of pizza.

Our computers went down at work today, so I had to play Solitaire with a real deck of cards.

If you ever feel like your job has no purpose, always remember:

right now there is someone who is installing a turn signal in a BMW.

It has been said about tax:

“For doing wrong, you are taxed a fine.

For doing well, you are fined a tax.”

They say that two things in life are unavoidable: death and taxes.

At least death only happens once!

Some say that nobody should keep too much to themselves.

The IRS office is of the same opinion.

Intaxifcation: The wonderful feeling you get when you receive a tax refund until you realize it was your own money in the first place.

Someone once told me that taking money out of your savings account is stealing from your future self.

Well luckily for me my future self won’t be able to afford a lawyer to press charges against me.

Can anyone recommend a good bank account? Mine’s run out of money...

Whenever I see a man with a beard, mustache and glasses, I think

“There’s a man who has taken every precaution to avoid people doodling on photographs of him.”

I know a lot of jokes in sign language and I guarantee you that no one has ever heard them.

I know when you are texting in class. No one just looks down at their crotch and smiles.

My teacher always tells me to follow my dreams, but she won’t let me sleep in class.

My boss says I have a preoccupation with vengeance. We’ll see about that.

Please grow up and solve your own problems, I’m tired of solving them for you.

I am sick and tired of finding your “x”. Just accept the fact that she’s gone. Move on dude.

Age is important only if you’re cheese and wine.

I won a wet t-shirt competition. Guess what I got?

My wife told me that women were better at multi-tasking than men.

So, I told her to sit down and shut up. Guess what?

She couldn’t do either.

A recent study has found that women who carry a little extra weight live longer than the men who mention it.

I removed all the fattening food from my house.

To attract a partner, I like to use this quote from Shakespeare’s Hamlet, Act III, Scene IV, line 82.

If you ever get cold, just stand in the corner of a room for a while.

It is generally believed that talking with your mouth full is rude.

Personally, I find talking with your head empty much worse.

Living on Earth might be expensive, but at least you get a free trip around the Sun every year.

My neighbors listen to great music.

Statistics show that those who have the most birthdays live the longest!

When my boss asked me who was stupid, me or him, I told him he doesn’t hire stupid people.

I play all the right notes, but not necessarily in the right order.

You can’t believe everything you hear, but you can repeat it.

If God really made everything…

Not to brag, but I defeated our local chess champion in less than five moves. Finally, my high school karate lessons paid off.

We really should look into colonizing Mars and other planets or moons.

If you look at the studies, 100% of deaths occur here on earth.

I used to be a boy trapped in a woman’s body. But after 9 long months, I was finally born!

There are three types of people in the world: