Enjoy our team's carefully selected Dog Jokes. Laugh yourself and share the funniest jokes with your friends! 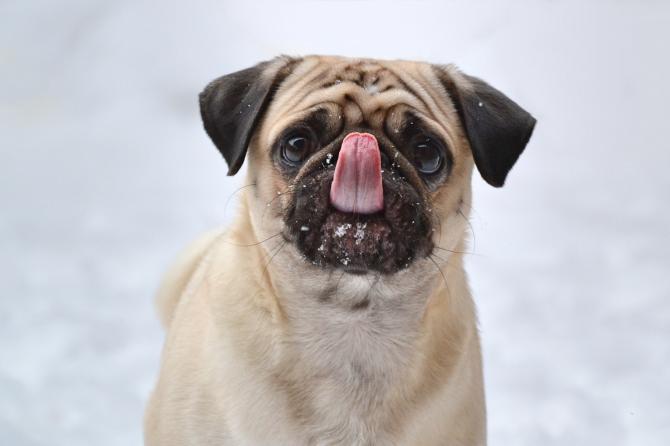 The woman replied, “My dog attacked and killed him.”

The bad news: I took the wrong medication today.

The good news: For the next 3 months I’m protected against heartworms and fleas.

The driver, a young man in an Armani suit, Ferragamo shoes, Cartier sunglasses and a tightly knotted power tie, poked his head out the window and asked the shepherd, “Hey! If I can tell you how many sheep you have in your flock, will you give me one?”

While the computer was occupied, he sent some e-mail via his phone and, after a few minutes, nodded solemnly at the responses.

Finally, he printed a 150 page report on the little laser printer in his glove compartment, turned to the shepherd, waving the sheaves of paper, and pronounced, “You have exactly 1,586 sheep.”

Pleased to meet a fellow sportsman, the young man replied “You’re on.”

“You are a management consultant,” said the shepherd without hesitation.

“That’s correct,” said the young man, impressed. “How ever did you guess?”

“It wasn’t a guess,” replied the shepherd. “You show up completely uninvited. You ask me to pay you for information I already know, answer questions I haven’t asked, and you know nothing about my business. Now please give me back my dog.”

I told my girlfriend that if she wanted her Hersheys bar she had to bark like a dog.

After she did it, I proceeded to eat it explaining that chocolate wasn’t good for dogs.

He gave his dog a bone.

My wife has a Zoom call for work, which means the dog and I have to stay in the bedroom since we don’t know how to behave on Zoom calls.

A couple minutes later, she was beginning to feel the pain again. This time, she didn’t hesitate. She let a much louder and longer fart rip.

“My dog rolled around in the mud all day. How does he smell?”

My poor dog doesn’t have a big nose.

That makes him smell terrible.

The most loyal, kind and noble of all dog breeds is the hot dog.

He’s the only one who feeds the hand that bites him.

What do you give a dog with a fever?

Mustard because it’s the best thing for a hot dog.

A man was sitting on a park bench eating a hot dog.

A woman with a small dog walked up to sit in another bench across from the man. Almost immediately, the little dog began barking incessantly at the man while he ate.

The man asked, “Would you mind if I throw him a bit?”

“Not at all,” the woman replied.

The man picked the dog up and tossed him over a wall.

Two immigrants have just arrived in the United States and one says to the other, “I hear that the people of this country actually eat dogs.”

“Odd,” her companion replies, “but if we shall live in America, we might as well do as the Americans do.”

Nodding emphatically, one of the immigrants points to a hot dog vendor and they both walk toward the cart.

The vendor is only too pleased to oblige, wraps both hot dogs in foil and hands them over the counter.

Excited, the companions hurry to a bench and begin to unwrap their “dogs”.

One of them opens the foil and begins to blush.

Staring at it for a moment, she turns to her friend and whispers cautiously, “What part did you get?”

A group of country friends from the Wildwood Church wanted to get together on a regular basis, socialize, and play games. The lady of the house was to prepare the meal.

When it came time for Tom and Karen to be the hosts, Karen wanted to outdo all the others. Karen decided to have mushroom-smothered steak. But mushrooms are expensive.

She then told her husband, “No mushrooms. They are too high.”

He said, “Why don’t you go down in the pasture and pick some of those mushrooms? There are plenty in the creek bed.”

She said, “No, some wild mushrooms are poison.”

He said, “Well, I see varmints eating them and they’re OK.”

So Karen decided to give it a try. She picked a bunch, washed, sliced, and diced them for her smothered steak.

Then she went out on the back porch and gave Ol’ Spot (the yard dog) a double handful. Ol’ Spot ate every bite.

All morning long, Karen watched Ol’ Spot and the wild mushrooms didn’t seem to affect him, so she decided to use them.

The meal was a great success, and Karen even hired a helper lady from town to help her serve. She had on a white apron and a fancy little cap on her head.

After everyone had finished, they relaxed, socialized, and played 42 and dominoes.

About then, the helper lady from town came in and whispered in Karen’s ear.

Karen went into hysterics. After she finally calmed down, she called the doctor and told him what had happened.

The doctor said, “That’s bad, but I think we can take care of it. I will call for an ambulance and I will be there as quick as possible. We’ll give everyone enemas and we will pump out everyone’s stomach. Everything will be fine. Just keep them calm.”

Soon they could hear the siren as the ambulance was coming down the road.

The EMTs and the doctor had their suitcases, syringes, and a stomach pump.One by one, they took each person into the bathroom, gave them an enema, and pumped out their stomach.

After the last one was finished, the doctor came out and said, “I think everything will be fine now,” and he left.

They were all looking pretty weak sitting around the living room and about this time the helper lady came in and said, “You know, that fellow that ran over Ol’Spot never even stopped.”

Three women escape from prison — a blonde and two brunettes — and to get away from the cops they hide in an abandoned farmhouse.

I was going to go greyhound racing this weekend but decided against it...

A woman called an airline customer-service desk asking if it was possible to fly with her dog on board.

“Sure,” the airline agent said, “as long as you provide your own kennel.”

She continued to explain that the kennel needed to be large enough for the dog to stand up, sit down, turn around, and roll over.

The customer was perplexed.

“I’ll never be able to teach him all of that by tomorrow!”

Why did a dog enter the church in the middle of a religious mass?

Because he was a German shepherd.

What do you get when you cross a dog and a calculator?

A friend you can count on.

Yesterday I saw a guy spill all his Scrabble letters on the road.

I asked him, “What’s the word on the street?”

“Once my dog ate all the Scrabble tiles. For days he kept leaving little messages around the house.”

I can’t take my dog to the park because the ducks keep trying to bite him.

I guess that’s what I get for buying a pure-bread dog.

Can a dog jump higher than a house?

Because they have two left feet.

Nobody wants a loyal snake.