Enjoy our team's carefully selected Christmas Jokes. Laugh yourself and share the funniest jokes with your friends! 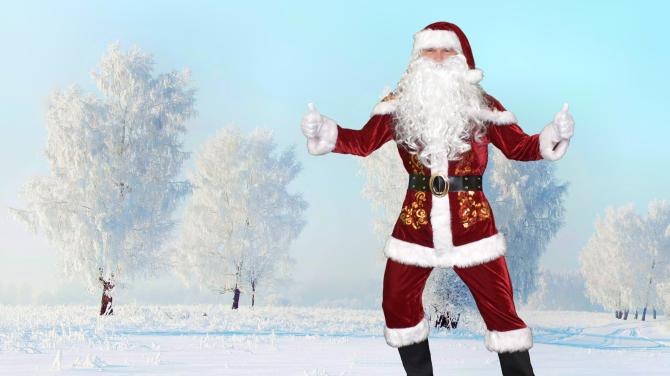 8:10 A feminist passed by and asked me why I didn’t make a snowwoman.

8:17 The nanny of the neighbors complained about the snowwoman’s voluptuous chest.

8:20 The gay couple living nearby grumbled that it could have been two snowmen instead.

8:25 The vegans at No. 12 complained about the carrot nose, as veggies are food and not to decorate snow figures with.

8:28 I am being called a racist because the snow couple is white.

8:31 The Muslim gent across the road wants the snowwoman to wear a headscarf.

8:40 Someone calls the cops who show up to see what’s going on.

8:42 I am told the broomstick of the snowman needs to be removed because it could be used as a deadly weapon. Things get worse after I mutter, “Yeah, if it’s up your...”

8:52 My phone is seized and thoroughly checked while I am blindfolded and flown to the police station in a helicopter.

9:00 I’m on the news as a suspected terrorist bent on stirring up trouble at this sensitive time.

One snowman asks another, “How do you stay in such good shape?”

He answers, “All I do is set the hairdryer on high heat and pounds just melt away.”

What do you call a snowman made of yellow snow?

What happens when you drop a snowball in water?

What do you say to a stressed snowman?

Why isn’t Santa allowed to shave his beard?

It’s in his Clause.

Yo mama so fat, I took a picture of her last Christmas and it’s still printing.

Whats the Jewish version of Elf on a Shelf?

“Mensch on a bench”.

What do you call it when an elf takes a photo of himself?

What do a man who’s had a vasectomy and a Christmas tree have in common?

All I want for Christmas is a fat bank account and a slim body.

Please do not mix it up like last year.

Why is Christmas just like a day at the office?

You do all the work and the fat guy with the suit gets all the credit.

Your mama so stupid, I told her Christmas was around the corner and she went looking for it.

“You know, your Santa impression could use a little work.”

Your mama so short, she went to see Santa and he told her to get back to work.

Did you hear about the Jewish Santa Claus?

He comes down the chimney, wakes up the children and says, “Hey kids, do you want to buy some toys?”

Not saying I live in a rough area but just bought an advent calendar and half the windows are boarded up!

Who is never hungry at Christmas?

As a little girl climbed onto Santa's lap, Santa asked the usual, “And what would you like for Christmas?”

The child stared at him open-mouthed and horrified for a minute, then gasped, “Didn't you get my E-mail?”

Why does the programmer think the Grinch’s attitude isn’t bad?

He says it’s in beta.

Mary-Jo was going to the Christmas office party but needed a new dress.

So she went out shopping and in the clothing store she asked the assistant, “May I try on that dress in the window, please?”

“Certainly not, madam”, responded the salesgirl, “You’ll have to use the fitting room like everyone else.”