Enjoy our team's carefully selected Math Jokes. Laugh yourself and share the funniest jokes with your friends! 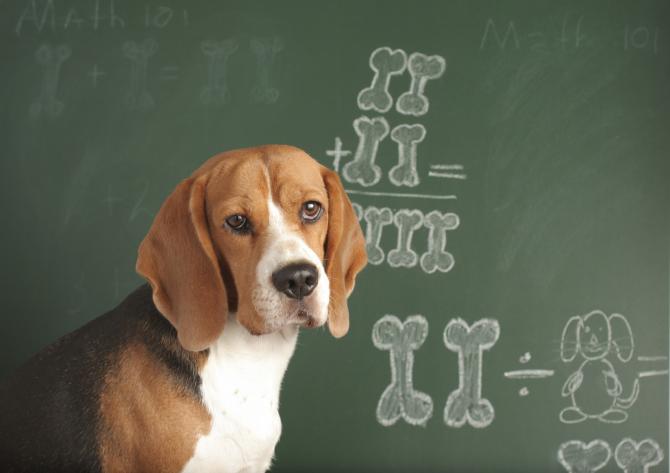 A math teacher welcomed a new French exchange student into her class and then started teaching a lesson on fractions.

The French exchange student raised his hand and said, “Excuse me, Madam, but I don’t know how to say fractions. How do you say those?”

“Easy,” said the teacher, “you just say the top number and then the bottom number is read as an ordinal number. For example, 2/3 is two-thirds, 3/4 is three-fourths, and 2/5 is two-fifths.”

“Thanks, I understand,” said the exchange student.

“Should I reduce?” asked the boy.

“That would be best,” said the teacher.

“Take as long as you need,” said the teacher.

What is a math teacher’s favorite sum?

What kind of snake does your math teacher probably own?

What does a hungry math teacher like to eat?

What state has the most math teachers?

What is a math teacher’s favorite tree?

A somewhat advanced society has figured out how to package basic knowledge in pill form.

A student, needing some learning, goes to the pharmacy and asks what kind of knowledge pills are available.

The pharmacist says, “Here’s a pill for English literature.”

The student takes the pill and swallows it and has new knowledge about English literature!

“What else do you have?” asks the student.

“Well, I have pills for art history, biology and world history,” replies the pharmacist.

The student asks for these, swallows them and has new knowledge about those subjects.

Then the student asks, “Do you have a pill for math?”

The pharmacist says, “Wait just a moment,” and goes back into the storeroom and brings back a whopper of a pill and plunks it on the counter.

“I have to take that huge pill for math?” inquires the student.

The pharmacist replied, “Well, you know... math always was a little hard to swallow.”

What do you get when you take a green cheese on the moon and divide its circumference by its diameter?

The mathematician served something special for dessert. Guess what?

Boy: “Hey, I like you and I was wondering if you would be my girlfriend.”

Girl: “I have a boyfriend.”

Boy: “I have a math test tomorrow.”

Girl: “What does that have to do with anything?”

Boy: “I thought we were listing things we could cheat on.”

Have you ever looked at your X and wondered Y?

I am pretty sure that my algebra teacher is secretly a pirate.

He constantly is trying to find X.

I complained to my math teacher that it was too cold in the classroom.

He told me to stand in the corner. Because the corner is 90 degrees.

A businessman was confused about a bill he had received, so he asked his secretary for some mathematical help.

The secretary replied, “Everything but my earrings.”

Math teacher: “If I have 5 bottles in one hand and 6 in the other hand, what do I have?”

Please grow up and solve your own problems, I’m tired of solving them for you.

I was going to buy a pocket calculator.

But then I thought, who cares how many pockets I have.

I am sick and tired of finding your “x”. Just accept the fact that she’s gone. Move on dude.

My ex-girlfriend is like the square root of -1,... she’s imaginary.