Enjoy our team's carefully selected Cat Jokes. Laugh yourself and share the funniest jokes with your friends! 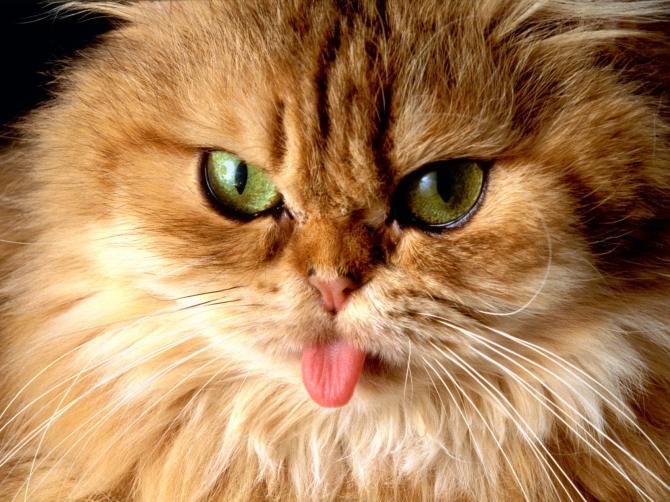 A man has gone on a month-long vacation, leaving his friend to take care of his grandmother, his cat, and the avocado tree in his backyard.

A few days into the vacation, the man gets a call from his friend, who says, “Your cat got run over by a car and died.”

His friend thinks that this is a reasonable request.

A week later, the man gets another phone call from his friend.

His friend replies, “Your grandmother is stuck at the top of the avocado tree.”

How did Garfield stop the rooster from waking him on Monday morning?

He ate him on Sunday night!

A policeman stops a man in a car with a lynx in the passenger seat.

“What are you doing with a lynx? You should take him to the zoo!” The policeman says.

The next week he stops the same car to see that the man still has the lynx, “I thought you were going to take the cat to the zoo.” He says.

“I did! We had such a good time we are going to the beach this weekend!”

A man feels terrible after running over a cat, he walks up to an old lady’s door.

She answers and he says, “I’m so sorry, I ran over your cat. I’d like to replace it.”

The old woman says, “Okay, how good are you at catching mice?”

What did one flea say to the other?

“Shall we walk or take the cat?”

Because he was a sourpuss.

Why are cats better than babies?

Because you only have to change a litter box once a day.

What does a cat have that no other animal has?

Because they have nine lives!

Why do cats hate laptops?

They don’t have a mouse.