Enjoy our team's carefully selected Blonde Jokes. Laugh yourself and share the funniest jokes with your friends! 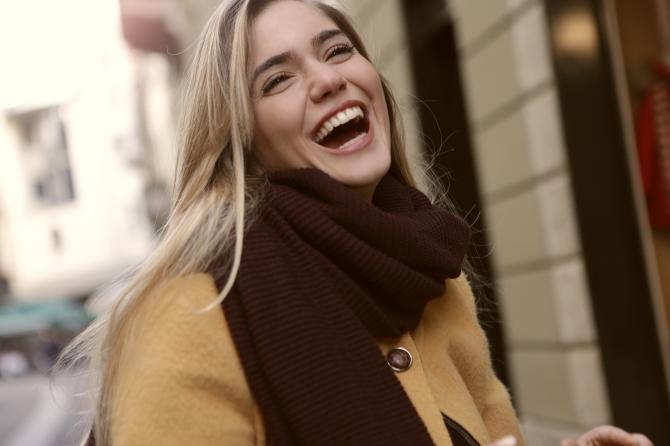 The Funniest Jokes About Blonde

There were these two blonds and they locked their keys in their car.

The one blonde says to the other, “What do we do? Do we get a coat hanger and pick the lock?”

The other one replied, “No, people will think we’re trying to break in.”

The other one said, “Well, do we get a knife and cut the rubber and pop the lock?”

The other one answered, “No, people will think we’re too stupid to use the coat hanger.”

The other one said, “Well, we better think of something quick because it’s starting to rain and the sunroof is open.”

Why did the blonde buy a brown cow?

To get chocolate milk.

A blonde calls her boyfriend and says, “Please come over here and help me. I have a killer jigsaw puzzle, and I can’t figure out how to get started.”

Her boyfriend asks, “What is it supposed to be when it’s finished?”

The blonde says, “According to the picture on the box, it’s a rooster.”

Her boyfriend decides to go over and help with the puzzle.

She lets him in and shows him where she has the puzzle spread all over the table.

He studies the pieces for a moment, then looks at the box, then turns to her and says, “First of all, no matter what we do, we’re not going to be able to assemble these pieces into anything resembling a rooster.”

He takes her hand and says, “Second, I want you to relax. Let’s have a nice cup of tea, and then,” he said with a deep sigh, “let’s put all the Corn Flakes back in the box.’

A blonde buys two horses and she can’t tell them apart.

So she asks the farmer next door what to do. He says to cut one of their tails off.

So she does. But then the other horse’s tail gets caught in a bush and rips off.

So she can’t tell them apart again.

She asks the farmer for advice a second time. He tells her to cut one of the horses’ ears.

So she does. But then the other horse gets its ear ripped in a barbed wire fence. She is still confused.

She asks the farmer what to do. He tells her to measure them.

She comes back and says, “The white horse is 2 inches taller than the black horse!”

What is the difference between a smart blonde and a UFO?

There have been sightings of UFOs.

What did the blonde say when she looked into the box of Cheerios?

How do you make a blonde laugh on Saturday?

You tell her a joke on Wednesday.

Two blondes in Las Vegas were sitting on a bench talking.

One blonde says to the other, “Which do you think is farther away Florida or the moon?”

The other blonde turns and says, “Hellooooooo, can you see Florida?”

Officer: “Do you know why I stopped you?”

Blonde: “Because I didn’t pull out of the donut shop too fast?”

“Do you have a pregnancy test?”

I walked into the kitchen today to find my blonde wife looking very confused while holding a jar of pickles.

She replied, “This jar of pickles says to store it in a cool, dark location.”

I said, “Okay, how about in the fridge?”

She said, “No, silly, there’s a little light inside.”

A blonde enters a library.

She goes to the counter and says, “I’ll like a cheeseburger, fries and a cola.”

The librarian says, “Ma’am this is a library.”

So the blonde leans in and whispers, “I’d like a cheeseburger, fries and a cola.”

Two blondes fell down a hole.

Brunette Mary and blonde Liz were talking in the office one day.

Mary: “Try some Cold-Doc 3. I have a bottle on my desk. Just take 3 tablespoons before you go to bed and you’ll be fine. Here ya go.”

The next day Liz was standing by her desk jumping up and down, waving her arms in the air, and kicking her legs out.

Mary: “Liz, It is nice to see you are feeling better. Is that a new dance?”

Liz: “Oh No, I still don’t feel that great. I took the medicine you gave me and just realized it said to shake well before using.”

A blonde and a redhead have a ranch. They have just lost their bull.

The redhead tells the blonde, “I will go to the market and see if I can find one for under that amount. If I can, I will send you a telegram.”

Having only one dollar left, she goes to the telegraph office and finds out that it costs one dollar per word. She is stumped on how to tell the blonde to bring the truck and trailer.

Finally, she tells the telegraph operator to send the word “comfortable”.

Skeptical, the operator asks, “How will she know to come with the trailer from just that word?”

The redhead replies, “She's a blonde so she reads slow: ‘Come for ta bull’.”

A blonde, a redhead and a brunette were all lost in the desert.

After walking along for a while they eventually found a lamp and rubbed it.

A genie popped out and granted them each one wish.

The redhead wished to be back home.

Poof! She was transported back home.

The brunette wished to be back at home with her family.

Poof! She was magically transported back home.

The blonde then says, “Aww, I wish my friends were here.”