Enjoy our team's carefully selected Toilet Jokes. Laugh yourself and share the funniest jokes with your friends! 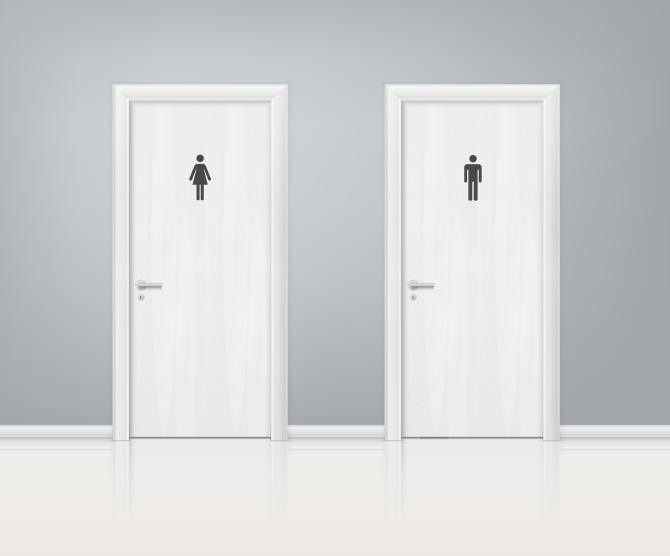 It’s as cold as a brass toilet in an outhouse in Alaska.

Why did Spider-Man flush the toilet?

Because it was his duty!

Your mama’s so short, that she can run track around the toilet!

Your mama’s so short, that she has to get a running start to get up on the toilet.

A woman is approaching a very small Bistro.

She calls the barkeeper and when he is standing in front of her she asks him in a very seductive way to come nearer.

Then she bends over the desk and starts to caress his beard.

“Are you the boss of this Bistro?” she asks and touches tenderly his cheek.

“Ehhh. No. Not at all!” the barkeeper replies.

“Would you please call him here?” the lady asks and gently touches his hair.

“Oh, I’m very sorry, but no. Impossible!” the barkeeper sighs who has fun with this situation.

“Would you then please do me a great favor?” the lady asks and follows gently the line of his lips.

“Of course. Whatever you wish!” the barkeeper moans.

“I want to leave a message for the boss,” she says and lets first one, then two fingers slip into his mouth which he gently sucks on.

“What message?” the barkeeper asks with two fingers in his mouth.

“Please tell him that there is no paper, nor soap, nor towel on the lady’s toilet.”

What do you call a man who is always sitting on the toilet?

Yo momma is so dumb, she thinks Johnny Cash is a pay toilet!