Enjoy our team's carefully selected Statistic Jokes. Laugh yourself and share the funniest jokes with your friends! 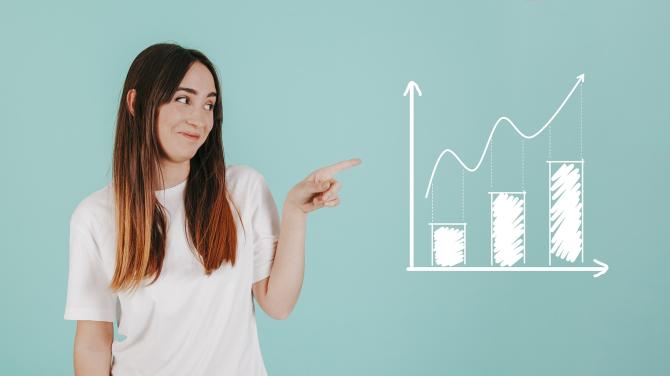 A statistics major was completely hung over the day of his final exam. It was a true/false test, so he decided to flip a coin for the answers.

At the end of the two hours, everyone else had left the final, except for the one student.

The professor walks up to his desk and interrupts the student, saying, “Listen, I have seen that you did not study for this statistics test, you didn’t even open the exam. If you are just flipping a coin for your answer, what is taking you so long?”

The student replies bitterly (as he is still flipping the coin), “Shhh! I am checking my answers!”

A man was riding on the bus and reading an article about life and death statistics.

Then, fascinated, he turns to the fellow sitting next to him and says, “Did you know that every time I breathe, somebody dies?”

The fellow turns to him and says, “Have you tried mouthwash?”

A statistician can have his head in an oven and his feet in ice, and he will say that on the average he feels fine.

This is probably one of the most worrisome statistics to emerge in recent years.

25% of the women in this country are on medication for mental illness.

It means 75% are running around untreated.

There was a statistics teacher who would always accelerate hard when driving through intersections and then slow down after passing through.

One day he drove a colleague to work who was noticeably uncomfortable with his driving.

The colleague asked, “Why do you always drive so fast through intersections?”

To which the statistics teacher responded, “Well, statistically speaking, you’re more likely to have an accident in an intersection, so I make sure to get through them as fast as possible!”

A recent study has found that women who carry a little extra weight live longer than the men who mention it.

Statistics show that those who have the most birthdays live the longest!