Enjoy our team's carefully selected Snowman Jokes. Laugh yourself and share the funniest jokes with your friends! 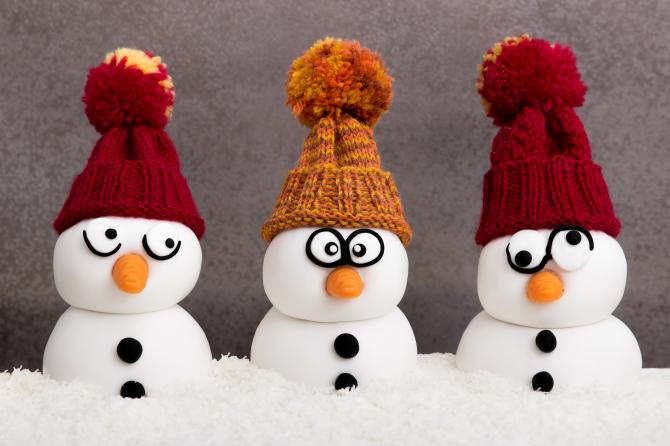 8:10 A feminist passed by and asked me why I didn’t make a snowwoman.

8:17 The nanny of the neighbors complained about the snowwoman’s voluptuous chest.

8:20 The gay couple living nearby grumbled that it could have been two snowmen instead.

8:25 The vegans at No. 12 complained about the carrot nose, as veggies are food and not to decorate snow figures with.

8:28 I am being called a racist because the snow couple is white.

8:31 The Muslim gent across the road wants the snowwoman to wear a headscarf.

8:40 Someone calls the cops who show up to see what’s going on.

8:42 I am told the broomstick of the snowman needs to be removed because it could be used as a deadly weapon. Things get worse after I mutter, “Yeah, if it’s up your...”

8:52 My phone is seized and thoroughly checked while I am blindfolded and flown to the police station in a helicopter.

9:00 I’m on the news as a suspected terrorist bent on stirring up trouble at this sensitive time.

One snowman asks another, “How do you stay in such good shape?”

He answers, “All I do is set the hairdryer on high heat and pounds just melt away.”

What do you call a snowman made of yellow snow?

What happens when you drop a snowball in water?

What do you say to a stressed snowman?

What’s the difference between snowmen and snowwomen?

What did the snowman say to the birthday girl?

Have an ice day!