Enjoy our team's carefully selected Sausage Jokes. Laugh yourself and share the funniest jokes with your friends! 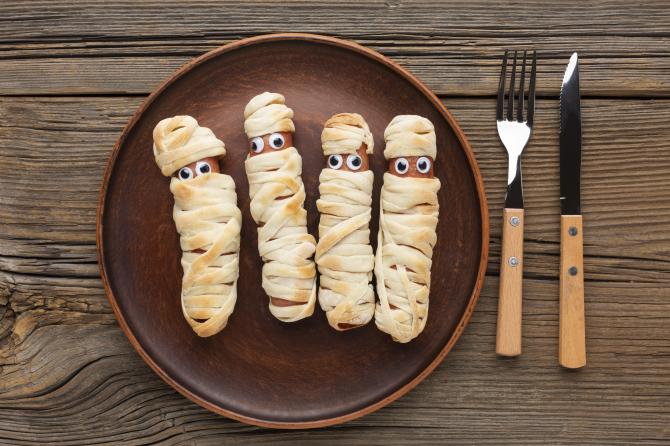 A man is convinced is wife is going deaf, but she won’t admit it. So he decides to test his theory once and for all.

While she’s standing at the sink, he stands about six steps behind her and says, “What’s for dinner, dear?”

When there’s no answer, he steps a few steps closer and repeats the question.

Again there’s no response, so he moves right to his wife’s shoulder and asks, “What’s for dinner, dear?”

At this, his wife turns around angrily and says, “For the third time, sausages!”a

“Doctor,” a man told his psychiatrist, “my wife thinks I’m crazy because I like sausages.”

“That’s nonsense,” said the psychiatrist. “I like sausages myself.”

“You do!” the man shrieked. “You should come and see my collection, I’ve got thousands!”

Me, at the hot dog stand: “Can I get a jumbo sausage?”

I think German sausages are the wurst!

Went to a hot dog convention hoping to meet some women.

But it turned out to be a sausage fest.

Have you ever been to a hot dog factory?

No, I haven’t sausage a place.

What do you call a sausage who’s been sunbathing all day?