Enjoy our team's carefully selected Santa Jokes. Laugh yourself and share the funniest jokes with your friends! 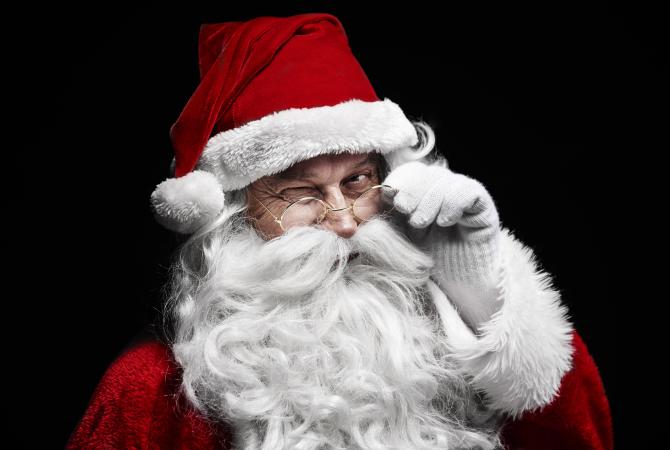 Why isn’t Santa allowed to shave his beard?

It’s in his Clause.

All I want for Christmas is a fat bank account and a slim body.

Please do not mix it up like last year.

“You know, your Santa impression could use a little work.”

Your mama so short, she went to see Santa and he told her to get back to work.

Did you hear about the Jewish Santa Claus?

He comes down the chimney, wakes up the children and says, “Hey kids, do you want to buy some toys?”

As a little girl climbed onto Santa's lap, Santa asked the usual, “And what would you like for Christmas?”

The child stared at him open-mouthed and horrified for a minute, then gasped, “Didn't you get my E-mail?”