Enjoy our team's carefully selected Salad Jokes. Laugh yourself and share the funniest jokes with your friends! 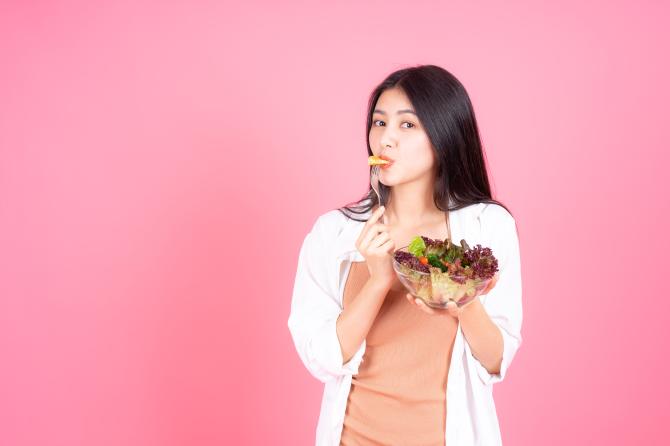 I ate a salad today, and it contained both eggs and chicken.

I didn’t know where to start...

A guy is sitting outside on a bench eating a burger when a woman comes out of a Subway store with a salad bowl.

She walks over to the guy and angrily says to him, “You know, a cow died somewhere, so you could enjoy that burger. What do you think of that, hmm?”

As quick as a flash, he looks up at her and replies, “It’s a shame for sure, but maybe if you weren’t eating its food, that cow might have lived.”

A salad was arrested for public indecency.

I guess it should’ve gotten dressed before leafing.

What did the priest say to the salad before he ate it?

I made a chicken salad this morning.

This stupid thing is he won’t eat it.

Why did the monster put the cook in a bowl?

He wanted a chef salad.

Why should you always knock on the fridge door before opening it?

In case there’s a salad dressing.

What did the salad say to the chef?

What did the salad dressing say to the tomato?

Why was the chef embarrassed?

He saw the salad dressing.

Why’s it called a Caesar salad?

Because Caesar ruled the romaines.

How do you make any salad into a Caesar salad?

Our love is a fruit salad!

We are a great pear and I cherryish you.

Where do mushrooms hang out on Saturday night?