Enjoy our team's carefully selected Pirate Jokes. Laugh yourself and share the funniest jokes with your friends! 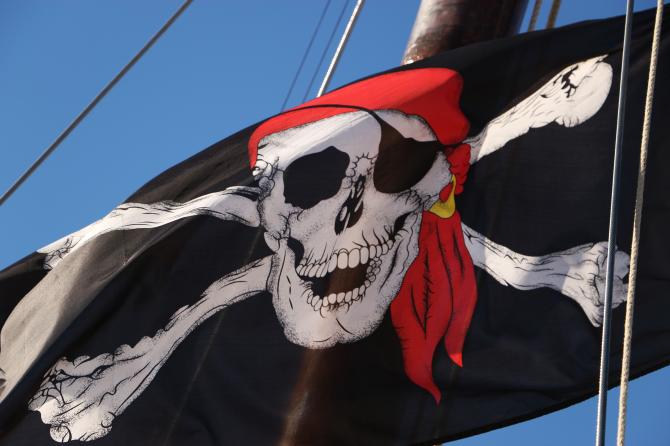 I am pretty sure that my algebra teacher is secretly a pirate.

He constantly is trying to find X.

Why did the pirate cross the road?

To get to the second-hand shop.

What do you call a pirate with both eyes and all his limbs?

Where can you find a pirate who has lost his wooden legs?

Right where ye left him!