Enjoy our team's carefully selected Physics Jokes. Laugh yourself and share the funniest jokes with your friends! 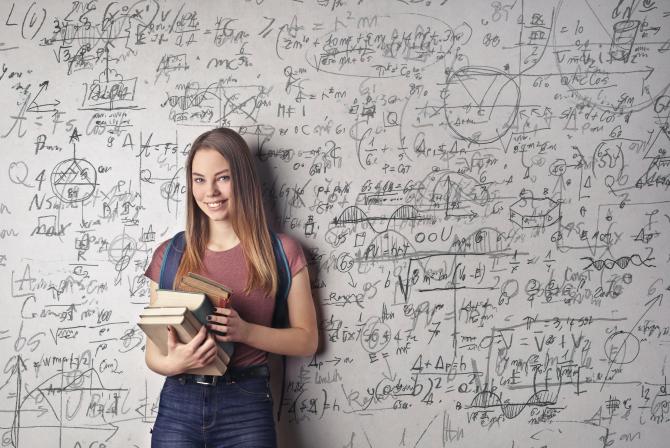 You enter the laboratory and see an experiment.

How will you know which class is it?

If it stinks, it’s chemistry.

If it doesn’t work, it’s physics.

How do you know that the driver driving toward you is a physicist?

He has a red sticker on his bumper that says “If this sticker is blue, you are driving too fast”.

Did you hear about the physicist who was reading a great book on anti-gravity?

He couldn’t put it down.

How many general-relativity theorists does it take to change a light bulb?

Two. One to hold the bulb and one to rotate space.

A physicist is watching a man who believes he can fly.Every time he goes up the steep hill, he jumps off and hurts himself.

The physicist watches this for 7 days.

On the 8th day, he goes to the man and says, “I don’t think you understand the gravity of the situation.”

Relativity: when the family gets together.

Black holes: what you get in black socks.

Hyperspace: where you park at the superstore.

All the physicists meet up in heaven and decide to play a game of hide and seek.

They decide that Fermi will be the seeker, so he closes his eyes and begins counting to 100.

All the physicists scatter, except for Newton, who calmly reaches into his pocket, takes out some chalk, and draws a square one meter on a side.

Fermi finishes counting and turns around, seeing Newton standing in his chalk square he yells, “I found Newton. Newton is out!”

Newton protests, “No, I’m Newton in a meter square — I’m Pascal. Pascal is out!”

Why can’t you trust an atom?

They make up everything.