Enjoy our team's carefully selected Pasta Jokes. Laugh yourself and share the funniest jokes with your friends! 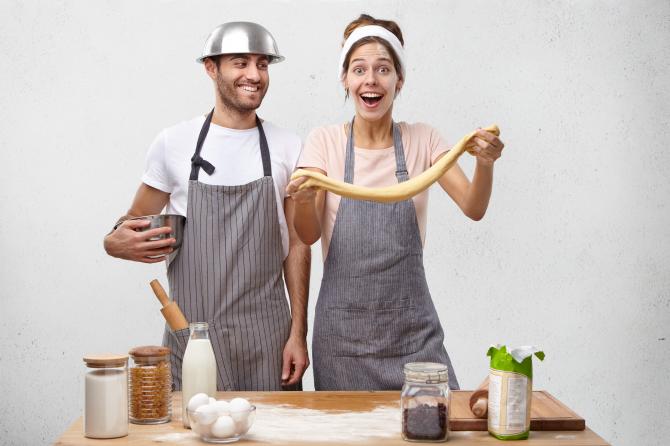 Made gluten-free spaghetti for dinner.

When I asked my boyfriend why he wasn’t eating it, he said, “It’s not real spaghetti. It’s an impasta.”

A man walks into the doctor’s office.

Man: “Doctor, this is terrible. What’s wrong with me?”

Doctor: “Well, first of all, you need to eat more sensibly.”

Today I made a big pot of pasta,

but when I went to dump the pot into the sink, I think I strained something.

My wife said she was leaving me because of my obsession with pasta.

A family was having dinner once when the youngest boy asked his father whether worms tasted nice when we eat them. Both the parents reprimanded the little boy and told him that these things shouldn't be discussed over the dinner table.

When the father asked the boy after dinner why he had asked such a question, he replied, “Papa, I think worms taste okay because there was one in your noodles.”