Enjoy our team's carefully selected On Time Jokes. Laugh yourself and share the funniest jokes with your friends! 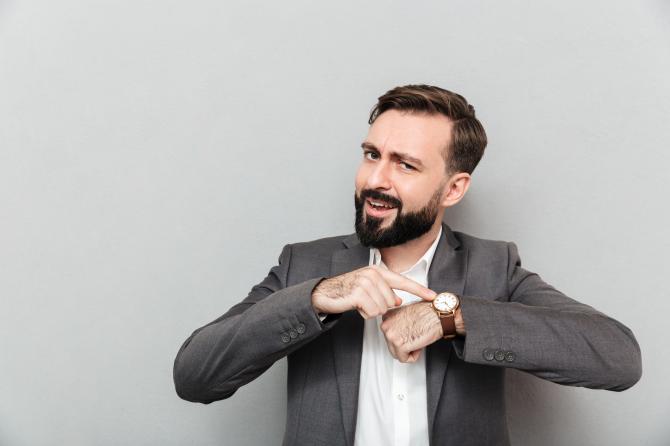 How do chickens wake up on time?

Three gulag inmates are telling each other what they’re in for.

The first one says, “I was five minutes late for work, and they charged me with sabotage.”

The second says, “For me, it was just the opposite: I was five minutes early for work, and they charged me with espionage.”

The third one says, “I got to work right on time, and they charged me with harming the Soviet economy by acquiring a watch in a capitalist country.”

When showing up on time is an actual miracle?

When everyone expects you to be late, and you roll up on time.

Why did the girl sit on the clock?

She just wanted to be on time.

What treat is never on time?

What did the first egg tell the second egg when it didn’t make it on time?

One company owner asks another, “Tell me, Bill, how come your employees are always on time in the mornings?”