Enjoy our team's carefully selected Old People Jokes. Laugh yourself and share the funniest jokes with your friends! 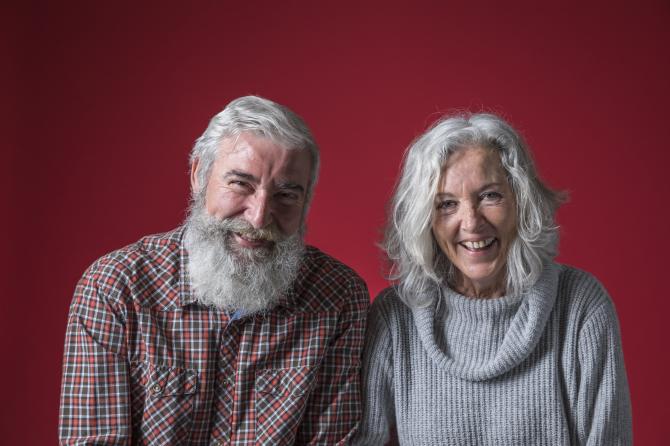 A pharmacist is going over the directions on a prescription bottle with an elderly patient.

“Be sure not to take this more often than every 4 hours,” the pharmacist says. “Don’t worry,” replies the patient. “It takes me 4 hours to get the lid off.”

Why do retirees smile all the time?

Because they can’t hear a word you’re saying!

What do you call someone who’s happy on Mondays?

When we were children, we used to refer to our granddad as Spider-Man.

He didn’t have any special powers, he just couldn’t get out of the bath without any assistance.

Yo mama so old, her birth certificate says, “Expired”.

Yo mama so old, her breast milk is powder.

Yo mama so old, her first cruise was on Noah’s Ark.

Yo mama so old, her first pet was from Jurassic Park.

Yo mama so old, not even the time stone could make her young.

I can’t wait to retire so I can get up at 6 o’clock in the morning and go drive around really slow and make everybody late for work.

Yo Mama is so old, she’s got a Bible autographed by Jesus.

Yo mama so old, she rode dinosaurs to school.

Your mama so old, she farts dust!

Your mama so old, when she was born, the Dead Sea was just getting sick!

Your mama so old, when she was young, rainbows were black and white!

Your mama so old, her driver's license got hieroglyphics on it!

Yo mama so old, she walked out of a museum and the alarm went off.

Yo momma is so old, I slapped her in the back and her boobs fell off.

Yo momma so old, she walked into an antique store and they kept her.

Yo Mama is so old, Adam and Eve were at her graduation ceremony.

Yo mama so old, she knew Burger King when he was just a prince.