Enjoy our team's carefully selected Number Jokes. Laugh yourself and share the funniest jokes with your friends! 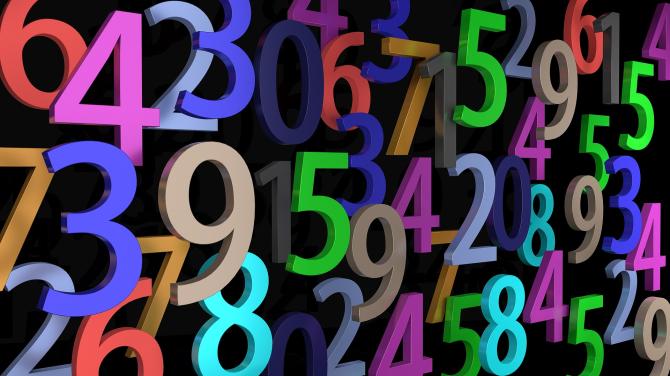 A customer passing by stops and speaks with the seller.

Seller: “What do you mean?”

The client can’t fathom such a stubbornness in another human being and proceeds to prove his point to the seller.

Customer: “How much did I pay you those 3 lettuces?”

Seller: “Yes sir, I almost sold all my stock to people like you wanting to prove they’re smarter than me by buying 3 lettuces they don’t need, just to make sure they are superior. My technique works! Besides, I can overprice those lettuces to $3 and no one bats an eye!”

A math teacher welcomed a new French exchange student into her class and then started teaching a lesson on fractions.

The French exchange student raised his hand and said, “Excuse me, Madam, but I don’t know how to say fractions. How do you say those?”

“Easy,” said the teacher, “you just say the top number and then the bottom number is read as an ordinal number. For example, 2/3 is two-thirds, 3/4 is three-fourths, and 2/5 is two-fifths.”

“Thanks, I understand,” said the exchange student.

“Should I reduce?” asked the boy.

“That would be best,” said the teacher.

“Take as long as you need,” said the teacher.

According to a new poll, 91 percent of people are satisfied with their lives.

The other 9 percent are BMW owners.

Why does Spider-Man only have 11 months on his calendar?

Because he lost May.

Why were there only 18 letters in the alphabet?

Because E.T. flew off in a UFO, and the CIA chased after him!

How much far can you see with your naked eyes, on a clear day?

Unfortunately all the others came in at 12.30.

After a minor mathematical error on a routine report, a worker’s boss tried to belittle him in front of his peers.

Angrily she asked, “If you had 4 pickles and I asked for one, how many would you have left?”

Quickly he replied, “If it was you who asked, I’d still have 4 pickles.”

How many people can you fit in one Honda?

Well, the Bible said that all 12 disciples were in one Accord.

Why is it impossible for students to sleep 8 hours every day?

Because school is only 6 hours a day!

I got my first job as an accountant at 22, right out of college.

Suddenly, the week after I turned 30, they fired me.

13 years of loyal service to the company, down the drain.

All the jokes are by now so deeply familiar that they simply refer to them by number.

The newcomer decides to try his hand.

He tries again, “Three hundred and one.” Not a titter.

Puzzled, he asks his neighbor what he did wrong.

Chuck Norris carried his the same distance in half the time.

Math teacher: “If I have 5 bottles in one hand and 6 in the other hand, what do I have?”

Guess who woke up with 20 missed calls from his ex?

Guess what number of pessimists it takes to screw in a light bulb?

None – they gave up.

You so dumb, you once tried to exchange a bib number because you thought the whole thing was printed upside down.

An engineer who was unemployed for a long time decided to open a medical clinic.

A Doctor thinks this is a good opportunity to earn $1,000 and goes to his clinic.

Doctor: “I have lost my sense of taste.”

Engineer: “Nurse, please bring the medicine from box 22 and put 3 drops in the patient’s mouth.”

Doctor: “This is Gasoline!”

Engineer: “Congratulations! You’ve got your taste back. That will be $500.”

The Doctor gets annoyed and goes back after a couple of days later to recover his money.

Doctor: “I have lost my memory, I cannot remember anything.”

Engineer: “Nurse, please bring the medicine from box 22 and put 3 drops in the patient’s mouth.”

Doctor: “But that is Gasoline!”

Engineer: “Congratulations! You’ve got your memory back. That will be $500.”

The Doctor leaves angrily and comes back after several days, more determined than ever to make his money back.

Doctor: “My eyesight has become weak.”

Engineer: “Nurse, please bring the medicine from box 11 and put 3 drops in the patient’s eyes.”

The nurse walks in carrying box 22.

Doctor: “Wait, that’s the box with the gasoline in it!”

Engineer: “Congratulations! You’ve got your vision back! That will be $500.”

Yo momma is so stupid, when an intruder broke into her house, she ran downstairs, dialed 9-1-1 on the microwave, and couldn’t find the “CALL” button.

Yo momma is so fat, when she got on the scale it said, “I need your weight, not your phone number.”