Enjoy our team's carefully selected Mechanic Jokes. Laugh yourself and share the funniest jokes with your friends! 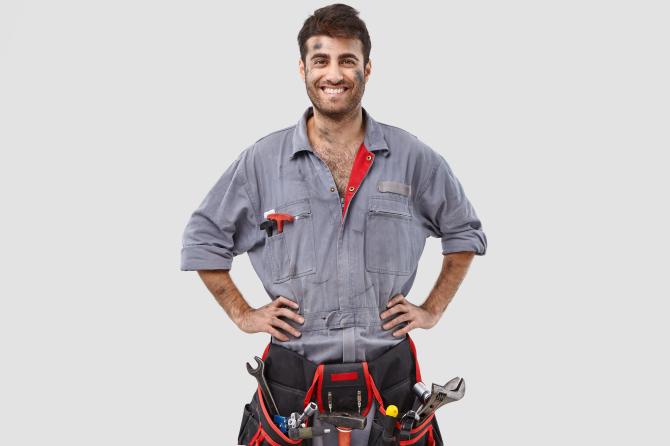 A mechanical engineer, a software engineer and a purchasing agent are on their way to an industry event when their rental car gets a flat tire.

The purchasing agent says, “We need to buy a new tire.”

The mechanical engineer says, “No, I think I can fix this one.”

And the software engineer says, “Let’s drive on it for a while, maybe it’ll fix itself.”

Dave and Jim were a couple of drinking buddies who worked as aircraft mechanics in Melbourne, Australia. One day the airport was fogged in, and they were stuck in the hangar with nothing to do.

Dave said, “Man, I wish we had something to drink!”

Jim says, “Me too. You know, I’ve heard you can drink jet fuel and get a buzz. You want to try it?”

So they pour themselves a couple of glasses of high octane booze and get completely smashed.

The next morning, Dave wakes up and is surprised at how good he feels. In fact, he feels GREAT! NO hangover! NO bad side effects. Nothing!

Then the phone rings. It’s Jim.

Jim: “Hey, how do you feel this morning?”

Dave: “No, that jet fuel is great stuff no hangover, nothing. We ought to do this more often.”

Jim: “Have you farted yet?”

Took my car to the mechanic because it was making a terrible noise.

A penguin sent his car to the mechanic before going to the ice cream shop.

He ordered vanilla ice cream and gobbles it down before going back to the mechanic.

A proctologist had been in practice for 20 years and had settled into a very comfortable life with his future very secure. So he decided to fulfill his REAL dream and become an auto mechanic.

Having entered mechanic school, the former physician received the results of his first test back with a score of 200%.

Confused, he asked the teacher why his score was so high.

“Well”, said the teacher, “the first part was taking the engine apart and you did that perfectly, so you got 50%. The second was to put it back together again and you did it perfectly and got another 50%. The other 100% was for doing it through the tailpipe.”