Enjoy our team's carefully selected Hotel Jokes. Laugh yourself and share the funniest jokes with your friends! 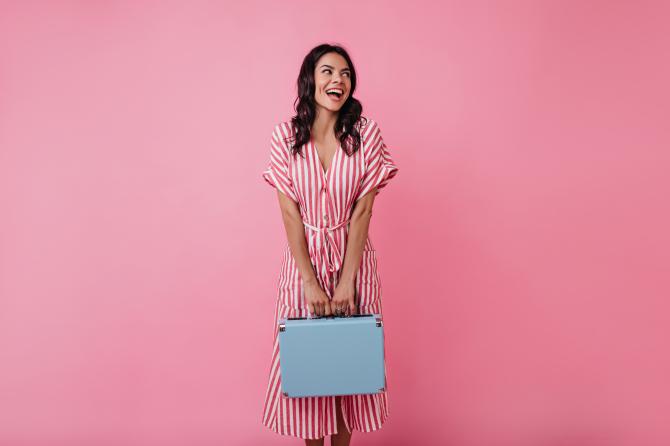 Hotel receptionists always seem to be such massive perverts.

They spend all day checking people out.

The hotel I stayed in recently tried to charge me $10 for using the A/C.

I stayed in a hotel recently where the towels were so thick...

I could hardly close my suitcase.

Skippering one word after another, they finally manage to make themselves understood by the girl at the reception.

“So you want the cheapest double room we have, right? The only free one is on the 100th floor, but the elevator is broken.”

The two guys, in order not to spend the night sleeping on a bench, load their luggage and leave for the staircase.

Since one hundred floors, drunk and with heavy bags is a really tough challenge, they decide to tell a joke every five floors.

When they reach the fiftieth floor, one of them starts laughing.

“What happened? Have you remembered a very good joke?” asks the first.

“This joke is just so hilarious! Actually, it’s so good that I’ll save it for later!” answers the second guy.

When they reach the 75th floor, the same guy bursts laughing even harder.

“Are you okay? Are you still thinking about that joke from earlier?” asks worried the first.

“Yeah, but this one is soooooo good, I’ll save it for when we finish,” answers the other guy.

Finally, exhausted and tired, they reach the 100th floor.

Panting, the first boy asks, “So, what is this joke that has tormented you so much?”

Still breathless, the other replies, “Hey, do you remember the girl who was at the reception? Here, we left before she gave us the keys.”

A lady decided to give herself a big treat for her 50th birthday by staying overnight in a really nice, luxurious hotel.

The following morning, she was appalled when the desk clerk gave her a bill for $250.00. She requested to know why the charge was too high.

“It’s a nice hotel, but the rooms certainly aren’t worth $250.00 for just an overnight stay! I didn’t even have breakfast,” she told the clerk.

The clerk clarified that $250.00 is the standard rate. At that point, the older lady insisted on talking with the manager.

The manager showed up and explained that the hotel has an Olympic-sized pool and a huge conference center which are available for use.

“But I didn’t use them,” the old woman said.

“Well, they are here, and you could have,” he replied.

The manager proceeded with that she could likewise have seen one of the in-hotel shows for which the hotel is famous.

“We have the best entertainers from the world over performing here,” he said.

“But I didn’t go to any of those shows,” she said.

The manager replied, “Well, we have them, and you could have.”

Regardless of what facility he recommended, the older lady would just answer, “But I didn’t use it!”

The manager then countered with his standard reaction. After several minutes of contending with him, she chose to pay.

The manager was shocked when she gave the check to him.

“But I didn’t!” the manager shouted.

The reason that no one has returned to the moon for so long is that every time someone tries to book a hotel there, it’s full...

A married couple is celebrating their 50th wedding anniversary.

They celebrate it in the same hotel where they spent their honeymoon 50 years ago.

The next morning at breakfast the man says to his wife, “Isn’t it unbelievable that we have been together for 50 years?”

The wife replies saying, “Yes it is, we are even sitting at the same table as we did 50 years ago, only back then we were sitting here without clothes,” with a naughty voice.

Both don’t doubt for a moment and they take off their clothes. They sit back down at the table giggling.

The wife says, “You know honey, even my mamillae are just as hot as 50 years ago.”

“No wonder,” the man replies, “one of them is hanging in your tea and the other one in your soup!”