Enjoy our team's carefully selected Gun Jokes. Laugh yourself and share the funniest jokes with your friends! 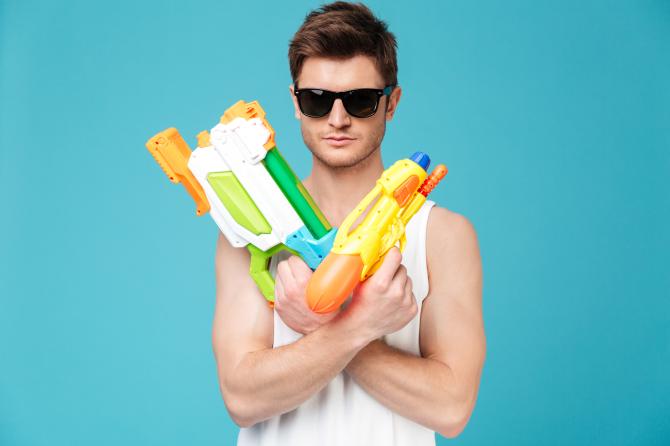 What do you call tortilla chips with guns?

If you pull it out in school, then everybody is suddenly your friend.

Why was the bearded man appointed as the sheriff in the town?

He had a gunslinger beard!

Do you have solar panels on your home yet? I just had some put on. But I’m not sure if I’ll keep them.

The other day I was in my house and the computer and lights are flickering. So I did, what you would do, I went outside to check my new solar cells.

I get outside and look up at the roof, and there is a Gorilla messing with my solar panels.

I grabbed my phone and searched for what to do.

What luck! An ad for “Gorilla removal”.

I called the number and they said they were in the neighborhood and would be there in 5 minutes.

5 minutes later a white van showed up and as I approached the van this guy came around and opened the back van door. He pulled out a ladder, boxing gloves, a shotgun, and out jumped a little dog.

At this point, I asked the guy, “Hey what’s the plan?”

He said, “Well, I’m going to put the ladder against the house, climb up on the roof, put on the boxing gloves, and box the gorilla off the roof. The little dog will bite him in the nuts and you’ll never see that Gorilla again.”

To which I asked, “What’s the shotgun for?”

“Well, if by chance the Gorilla knocks me off the roof, shoot the dog.”

What do you have against some people?