Guess Who Jokes / Guess What Jokes

Enjoy our team's carefully selected Guess What Jokes. Laugh yourself and share the funniest jokes with your friends! 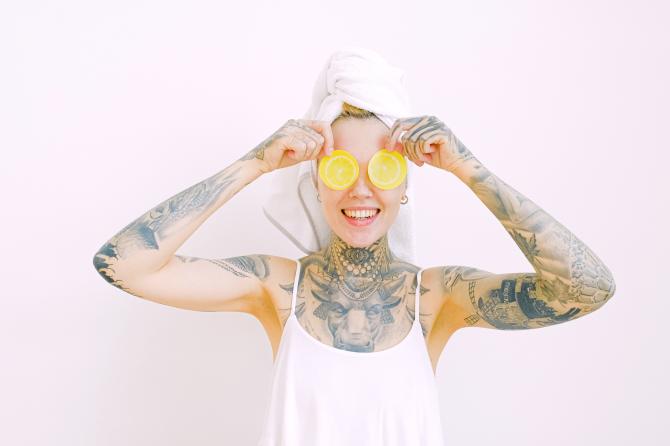 Funny Guess What Answers and Questions

What did the French Fry say to the Hamburger?

I guess that’s a wrap!

If they used money in space, guess what it would be called?

I met a ghost at the supermarket, guess what she was buying?

Guess what you call a sleeping piece of paper?

Can you guess what the calendar worker got fired for?

He took a day off without telling anyone!

Can you guess where that famous painter’s ear went?

Not sure, but I saw it get in a Van and Gogh!

Guess why elephants always get the first word?

Because their opinion carries a lot of weight!

There was a certain knight who’d always endure all pains in battle. Guess what?

He was a Sir Vivor.

Guess what the name of my new computer processor is?

Guess what type of fish frequents the best reefs in the ocean?

Guess what happened to the man who was addicted to doing the “Hokey Pokey”?

He turned himself around.

Guess what the ship had to go to therapy for?

He was a nervous wreck!

Two doves got arrested. Guess what for?

They staged a coo.

Guess what the pickle did when he had a bad day?

He just had to dill.

Guess what horses, donkeys, cows, goats, and sheep all have in common?

A thief got caught stealing pizza. Guess what the police told him?

The panda was always getting locked up when he visited a restaurant. Guess what he did to deserve this?

He asked if he could eat shoots and leaves!

Guess what makes the moon so cold?

Guess what happened to the man who played board games all his life?

He got bored with playing games!

Guess what you call someone who never falls down the stairs?

I got a wooden bike with wooden handles and wheels. Guess what?

Can you guess why learning sign language is such a good idea?

Because it is quite handy!

Guess what you call an alligator wearing a vest?

Guess what method of transportation self-driving cars use on their day off?

The toast was having a sleepover. Guess what he was wearing?

I don’t know, but the flag is a big plus.

Two monkeys are sharing an Amazon account, guess what are they called?

Guess what happens to a frog’s car when it breaks down?

It gets toad away.

Scientists experimented on a rabbit and a bug, guess what they get?

Guess what made the sea monster such a successful comedian?

He was always kraken everyone up.

A grumpy man spent an evening with his friends at a comedy club and asked his doctor for a course on antibiotics. Guess what for?

He thought laughter was infectious.

One friend took the elevator while the other took the staircase. Guess what?

Both were raised differently.

It’s always coming but never comes, can you guess what it is?

The mathematician served something special for dessert. Guess what?

I saw a fairy tale T-shirt at an extremely low price. Guess what?

It was a fair retail.

I was dreaming of an orange ocean tonight. Guess what?

It was a Fanta Sea.

A famous tortoise lives next door. Guess what it’s called?

Guess what monkeys eat in space?

Guess what I found in the creepy old professors’ closet?

I met a witch at the restaurant the other day, guess what she ordered?

Two eggs went for a comedy gig, guess what one egg said to the another?

A boy went up to the counter serving orange punch.

He saw there was a huge line and so, he came back after an hour. Guess what?

There was no punchline.

Guess what kind of hike I went on today?

I hiked my pants.

A teenage boy asks a girl out to prom and she says yes.

So he goes to the tuxedo shop, and there’s a huge line of people there, so he waits for 30 minutes, then an hour, and he finally gets his tuxedo.

Then, he needs to rent a limo, to look nice and formal and everything, so he walks into the limo rental shop, and again, there’s a huge line, so he waits for 30 minutes and then an hour goes by, then 2, and he finally gets his limo.

On the night of the prom, he pulls up to her house with the limo, and she gets in, and on their way to the prom building, a huge traffic jam happens! So they wait, and then 30 minutes go by, then an hour, and they finally arrive at the building!

So they walk in, take some pictures, and dance for a bit, and after a while, the girl asks, “Hey can you get us some punch?”

So the boy walks over to the punch bowl and guess what?

Guess who I saw at school today?

Everyone I looked at.

Guess who I bumped into on my way to the eye doctor?

It sits in a corner and still travels around the world, guess who?

It has no life but it still dies, guess who?

My girlfriend dumped me, so I stole her wheelchair.

Guess who came crawling back.

My wife told me I was immature and needed to grow up.

Guess who’s not allowed in my tree house anymore.

Guess who woke up with 20 missed calls from his ex?

Guess What Jokes for Your Crush

Can you guess who you should never lie to?

An x-ray operator—they can see right through you!

How do you accurately guess what you’re having for dinner?

You cook it yourself!

Guess what I have right now?

The cook gifted his girlfriend something she would like. Guess what?

Guess what coat hangers do on the weekend?

They hang out, of course!

The gym instructor broke up with his girlfriend, guess what happened?

It didn’t work out.

My mom is coming home after a work trip tonight, guess what I am getting?

I am getting yelled at.

I won a wet t-shirt competition. Guess what I got?

Guess What Jokes for Adults

On his 16th birthday, I thought my son deserved to know the truth about his being adopted.

So when he got home from school, I said to him, “Steve, do you mind sitting down, I’ve got something to tell you.”

“Dad, guess what?!” he shouted excitedly.

“Steve, this is important.” I urged.

“Steve. Please. Don’t make this hard for me. It’s about your mum and me.”

“That’s amazing son! Your old Dad’s really made up for you!”

When I won the lottery, I decided to share it with my ex-wife.

So I rang her and said, “Guess what, I won the jackpot.”

“I can’t believe they’re still together after all that crap they’ve been through?”

Guess what? I told my girlfriend she drew her eyebrows too high.

I recently went to a restaurant, they poisoned my tiramisu. Guess what?

I sued the airport the other day because they didn’t want to give me my luggage.

Guess what, I lost the case.

The military was standing outside my house, guess what I did?

If Daenerys from Game of Thrones married Khal Moro instead of Khal Drogo, guess what she would’ve named her biggest dragon?

Guess what coffee and motivational coaches have in common?

They encourage people to espresso themselves!

Guess what the chop said to the steak on their first date?

It’s so nice to finally meat you!

Can you guess what the left eye said to the right eye?

Between you and I, something smells.

Guess why football stadiums are so cool?

Most seats have a fan on them!

I was trying to solve a few equations about circles. Guess what?

My wife told me that women were better at multi-tasking than men.

So, I told her to sit down and shut up. Guess what?

She couldn’t do either.

Guess what number of pessimists it takes to screw in a light bulb?

None – they gave up.

A man hunts a deer and takes it home to cook for dinner.

Both he and his wife decide that they’ll play a game with the kids. They’ll give them a clue and get them to guess what it is.

At mealtime, the kids are eager to know what the meat is on their plates, so they beg their dad for the clue.

“Well,” he says, “it’s what mommy calls me sometimes”.

The little girl screams, “Don’t eat it! It’s a donkey!”

They tell me to not tell anyone about my dreams.

So I guess I can’t tell anyone about you then.

I guess your parents are bakers.

Because they made such a cutie pie!

I guess I don’t need any sunshine anymore.

Because your smile is going to brighten up my day!

Cause you’re the one I need!

He goes up to a lady and holds out his phone to her.

He: “Would you mind holding this for a second?”

He: “I knew it it’s been feeling light all day, and I just can’t figure out.”

He: “It’s missing your number.”

They say laughter is the best medicine.

I guess your face can cure the world.

I guess you better call me.

Roses are red, cacti are thorny.

When I’m around you, you make me very...HAPPY!

I guess what I’m trying to say is aloe you very much.

Your father must have been the greatest thief in history.

He stole all the stars in the sky and put them in your eyes.

And heh, I guess it runs in the family. ’Cause you stole my heart.

Sorry, I would’ve texted sooner but my phone just overheated.

I guess you’re just too hot for Tinder.

I bet you a dollar I can kiss you on the mouth without touching your lips.

Hey, guess what I am drinking tonight?

Nothing because I am already drunk on you.

Guess what my doctor told me?

Laughter is the best medicine. I guess you bring the smile to my face.

Guess why I am standing here?

Because I want to be your Mr. Right.

Guess what the only superhero I want to be?

Guess what the doctor just told me?

I need some sunshine so that’s why I got you to brighten my day.

The smile you gave me.

Guess what is my favorite tea?

I would say you Hot tea.

Guess what I am wearing tonight?

I guess nothing if you come over.

Can I guess what your name is?

If I guess wrong can I just call you mine?

Babe, guess what would look good on you?

A butcher went out on a date. Guess what he said?