Enjoy our team's carefully selected Goat Jokes. Laugh yourself and share the funniest jokes with your friends! 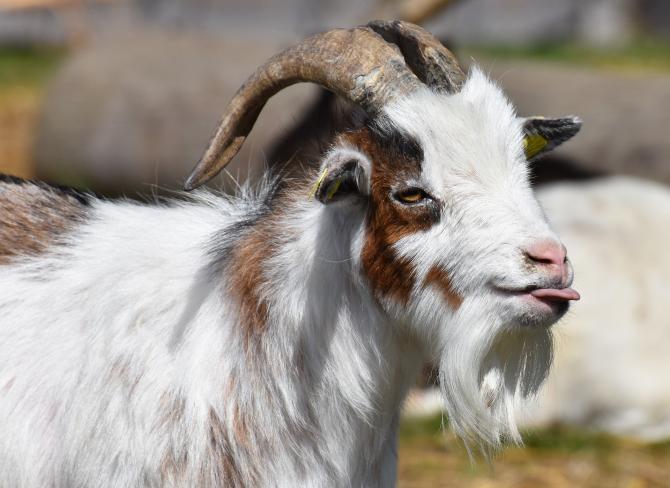 So I phoned up the spiritual leader of Tibet, and he sent me a large goat with a long neck.

Turns out I phoned Dial-a-Llama.

Two hunters are walking along in the deep of autumn, stalking a buck, when they come across a clean-cut, 10-ft diameter hole, that goes too deep to see the bottom.

“A sinkhole?” one hunter asks, “How deep does this go?”

The first hunter looks around and finds a stick, drops it down the ten-foot hole, and leans over trying to hear it hit the bottom of the hole.

They pause for a moment in silence, but hear nothing.

“Something heavier,” they agree.

The second hunter finds a rock about the size of a softball and drops it down as well, leaning over trying to hear it.

They pause for a moment in silence, but hear nothing.

Just as the second hunter turns around, the first finds a cinder block. They nod, thinking surely this will be heavy enough to make a noise as it hits the bottom.

They both heave the cinder block down the clean-cut, ten-foot, seemingly bottomless pit. They lean over, just as before, cupping their hands around their ears.

Suddenly, a loud racket comes up from behind them. They both dodge out of the way as a brown goat sprints past them, nearly knocking them in, and dives headfirst down the hole, into the darkness below.

Shocked at this occurrence, both hunters agree to speak to the owner of the land they’d been on. They find the farmer’s house and knock on her door.

When she answers, both of them attempt to explain what had happened.

The two hunters nodded, and the farmer shook her head.

“That’s impossible, I had him tied to a cinder block.”

The first one finds a roll of film and eats it.

When he’s done, the second one asks, “How did you like the movie?”

The first one responds, “It was OK, but I liked the book better.”

What did the fancy bearded goat order at the cafe?

What do you call a goat with a beard?

Guess what horses, donkeys, cows, goats, and sheep all have in common?