Enjoy our team's carefully selected Garden Jokes. Laugh yourself and share the funniest jokes with your friends! 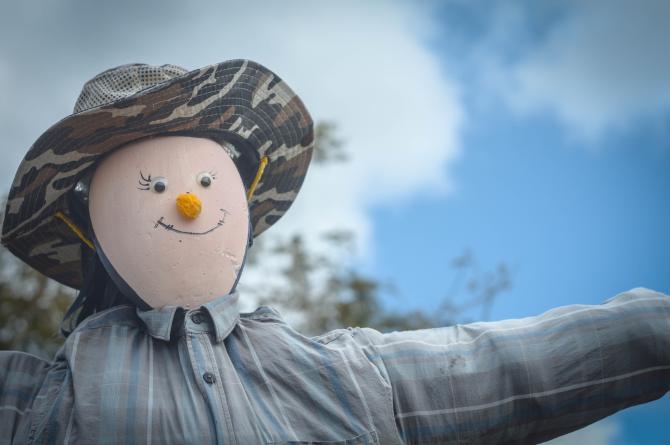 When weeding, the best way to make sure you are removing a weed and not a valuable plant is to pull on it.

If it comes out of the ground easily, it is a valuable plant.

What’s the easiest way to stop a dog from digging in the garden?

Take away his shovel!

I put an electric fence around my garden.

My neighbor is dead against it.

What do you get when you mix a broccoli and a melon?

Did you hear about Bruce Lee’s vegetarian brother? His name was Brocco Lee.

What kind of socks do you need to plant broccoli?

Broccoli looks into the trunk of his car.

He sees an extra tire and exclaims, “Oh! I have a-spar-a-gus!”

2 peanuts were walking down the street.

One was assaulted, the other got aroasted.

What do peanuts wear on their feet?

What do you call a single kernel of corn?

Two corns in a field were telling each other corny jokes.

They were the laughing stalk of the field.

What vegetable can tie your shoes?

Why wasn’t the young veggie allowed to start in the game?

He was a green bean.

What did the salad say to the chef?

What was the snowman doing in the vegetable patch?

What should you give a pumpkin who can’t quit smoking?

How do you cure someone with a pumpkin spice addiction?

What do you call a pumpkin that can slam-dunk a basketball?

Where do pumpkins hold meetings?

How do you repair a broken jack o’ lantern?

Use a pumpkin patch.

How do pumpkins get up to the roof?

What kind of tropical fruit wants to visit the moon?