Enjoy our team's carefully selected Ford Jokes. Laugh yourself and share the funniest jokes with your friends! 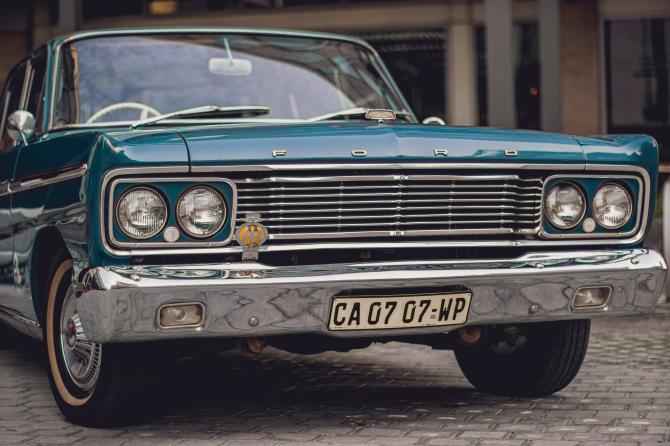 A sixteen-year-old boy came home with a brand-new Ford F150.

His parents look at the truck and ask, “Where did you get that truck?!”

“With what money?” says his mother. They knew what a new F150 cost.

“Well,” he says, “this one cost me just fifteen dollars.”

The father looks at him like he’s crazy. “Who would sell a truck like that for fifteen dollars?” he says.

“It was the lady up the street,” says the boy. “I don’t know her name—they just moved in. She saw me ride past on my bike and asked me if I wanted to buy her F150 for fifteen dollars.”

“Oh my Goodness!” says the mother. “Maybe she’s mentally ill or has Alzheimer’s something. John, you better go see what’s going on.”

So the boy’s father walks up the street to the house where the lady lives and finds her out in the yard calmly planting flowers.

He introduces himself as the father of the boy to whom she had sold a new Ford F150 truck for fifteen dollars and asks to know why she did it.

“Well,” she says, “two days ago my husband left on a business trip. Yesterday, I got a phone call from his boss and found out that he really ran off to Hawaii with his secretary and doesn’t intend to come back.”

“Oh, my goodness, I’m so sorry,” the father says. “But what does that have to do with my son and your truck?”

“Well, this morning he called and told me he was stranded because he got robbed of his wallet with all his credit cards and cash. He told me to sell his new F150 and send him the money. So I did.”

A car salesman asked me, “What are you looking for in a car?”

I said, “It has to be affordable.”

My lucky day! I didn’t have enough money for the Honda, but the dealership took pity on me and gave me an old Fiesta.

I couldn’t afford an Accord, but I was accorded a Ford.

Man: “Well, she may need some buffering and a new coat of paint, but she should be alright.”

My friend and I decided to race our Ford Pintos.

Mine broke three miles down the road. I had to walk the rest of the way. I won.

85% of all Fords made are still on the road today.

Two elderly farmers were reminiscing about the good old days.

“When I had my ranch, I could get up in the morning, get in my old Chevy truck, and drive all day, and still be on my property,” says the Texas farmer.

The old farmer from Kentucky said, “Yeah, I had a truck like that once too... You should have got a Ford, hell. They’ll get ya all the way ta town and back!”

What do you call a Ford Fiesta that ran out of gas?