Jokes About the Flu

Enjoy our team's carefully selected Flu Jokes. Laugh yourself and share the funniest jokes with your friends! 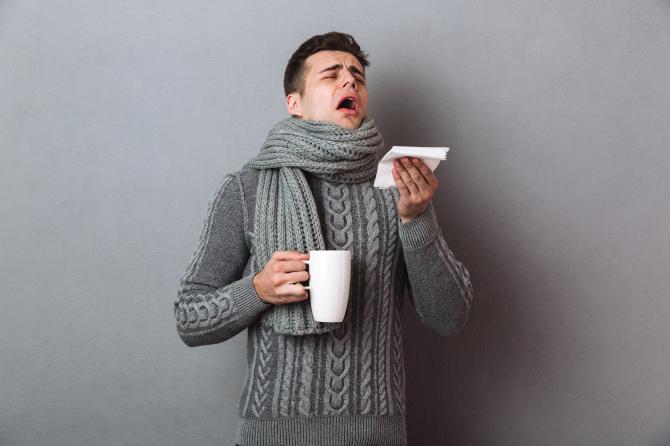 A politician visits a rural area to gain appeal for the upcoming elections.

He schedules a meeting with the local leaders to discuss problems the town has been experiencing so that he could provide help and solutions.

“Governor, our town has been experiencing two big problems,” says one of the leaders.

The politician pounds his table, “Ok, tell me what they are,” he impatiently replies, all the while looking around to confirm if the excessive display got a favorable response.

“OK, our first problem is a flu outbreak, but we lack doctors and hospitals, and the second one is...”

The politician cuts him off, “Stop right there, I’ll make some calls,” as the politician animatedly grabs his phone, punches the numbers, and makes his calls.

“Yes! Yes! That would be great, tomorrow then,” he loudly replies before punching another number for another call. “Yes, a hospital, I will pay for it personally.”

He hangs up and turns to everyone, “Good news, everyone! I have arranged for a group of doctors to come here tomorrow and check on those afflicted,” he loudly proclaims. “I have also called for the immediate construction of a hospital, which would begin as soon as we are able to find a suitable area today. Now, what was your other problem?”

“Yes, our second problem is that we don’t have cellphone coverage here.”

she almost knows how bad it is to be a man who has the flu.

Where is the flu most common?

In cities with high levels of congestion.

What kind of flu do Chinese people have?

Did you hear about the aspiring YouTube star that died from the flu?

I caught bird flu while waiting for a flight at the airport.

I have since found out it is a terminal illness.

The US government has been there for us through hard times from the great depression, the numerous market crashes, through pandemics of flu and tragedies like the loss of American lives.

It’s the cold and flu time of year.

Or, as I like to call it, Vitamin C-son.

What do you call someone doing yoga with the flu?

Have you guys heard about the bird flu?

I mean, I don’t know why it’s such a big deal. They tend to do that quite often.

Call it a rooster shot.

She became an influenza.

A man returns to the U.S. from Africa feeling very ill.

He goes to see his doctor, and is immediately rushed to the hospital, to undergo a barrage of extensive tests.

The man wakes up after the tests in a private room at the hospital, and the phone by his bed rings.

“This is your doctor. We’ve had the results back from your tests, and we’ve found you have an extremely nasty flu virus, which is extremely contagious!”

“Well, we’re going to put you on a diet of pancakes and pita bread.”

“Will that cure me?” asked the man, hopefully.

The doctor replied, “Well, no, but... it’s the only food we can get under the door.”