Enjoy our team's carefully selected Dumb Jokes. Laugh yourself and share the funniest jokes with your friends! 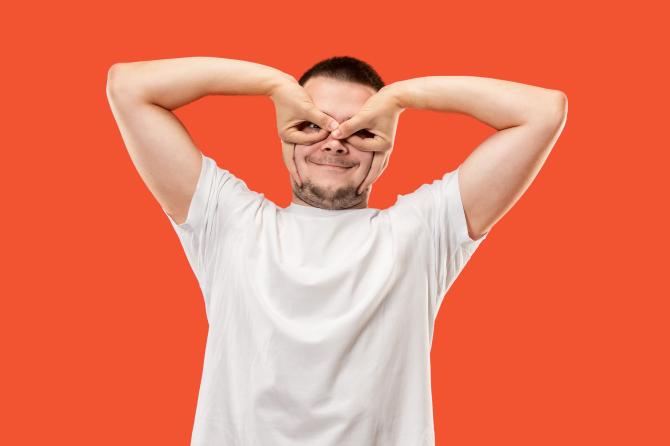 The skeleton didn’t mind that everyone called him a bonehead.

Two guys in an insane asylum are up for parole.

The first guy goes to see the committee, and they ask him some questions.

Committee: “How long ago was that?”

He goes back outside and says to the other insane guy, “It’s easy, you just answer “Christopher Columbus”, “Around three hundred years”, and “It’s possible, but there’s no proof”.

So the other guy goes in, and the questions begin.

Committee (incredulously): “How old are you?”

Committee: “Are you insane?”

Yo mama so dumb, she thought Nickelback was a refund.

Yo mama so dumb, she uses Old Spice body wash to cook.

Yo mama so dumb, she thought Call of Duty was a game about pooping.

Yo mama so dumb, when she got locked in a grocery store, she starved to death.

Yo mama so dumb, her IQ is lower than Jeffy the Puppet.

A young idiot is told that it looks like his beard is coming in, so he goes down to the gate to wait for it to arrive.

While he’s waiting a friend sees him and asks what he’s doing.

“I’m waiting for my beard, I was told it was coming in,” Says the idiot.

“No wonder people call you an idiot,” says the friend. “How do you know it’s not coming in from the other gate?”

Three guys are in the woods: a really smart guy, an average and a really dumb guy.

They are bored so the smart guy decides to go hunting.

A little while later he comes back with a deer.

The average guy asks, “How did you do that?”

The average guy says, “I think I understand,” and leaves.

A little bit later he comes back with a raccoon.

He really dumb goes gasp, “How did you do that!?”

The super dumb guy thinks for a second and says, “Oooohh ok, I think I can do that…,” and leaves.

Hours pass and the guy finally returns hurt, bloody and horribly mingled. They run to help him.

Finally one of the guys asked him what happened.

Teacher: “Now class, if you are dumb, please stand up.”

No one stands up.

Teacher: “Oh c’mon. I know someone over here is dumb.” Waves her finger around the left side of the room.

You so dumb, you have to stop during track workouts to ask for directions.

You so dumb, you once tried to exchange a bib number because you thought the whole thing was printed upside down.

Man: “God, why did you make woman so beautiful?”

Yo mama so dumb, she took a ruler to bed to see how long she slept.

Yo mama is so dumb and hungry, the only letters in the alphabet she knows are K.F.C.

Your mama is so dumb, when dad said it’s chilly outside she brought a spoon and a bowl.

Yo momma so dumb, when y’all were driving to Disneyland, she saw a sign that said “Disneyland left”, so she went home.

Yo momma is so dumb, she thinks Johnny Cash is a pay toilet!