Enjoy our team's carefully selected Drunk Jokes. Laugh yourself and share the funniest jokes with your friends! 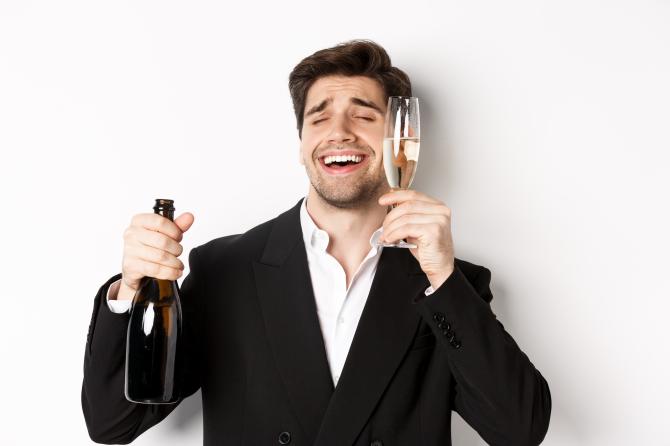 A wife was in bed with her lover when she heard her husband’s key in the door.

“Stay where you are,” she said. “He’s so drunk he won’t even notice you’re in bed with me.”

Sure enough, the husband lurched into bed none the wiser, but a few minutes later, through a drunken haze, he saw six feet sticking out at the end of the bed.

He turned to his wife, “Hey, there are six feet in this bed. There should only be four. What’s going on?”

“Nonsense,” said the wife. “You’re so drunk you miscounted. Get out of bed and try again. You can see better from over there.”

The husband climbed out of bed and counted, “One, two, three, four. You’re right, you know.”

The drunken wino was stumbling down the street with one foot on the curb and one foot in the gutter.

A cop pulled up and said, “I’ve got to take you in, sir. You’re obviously drunk.”

The wasted wino asked, “Officer, are ya absolutely sure I’m drunk?”

Obviously relieved, the wino said, “That’s a relief — I thought I was a cripple.”