Enjoy our team's carefully selected Drinking Jokes. Laugh yourself and share the funniest jokes with your friends! 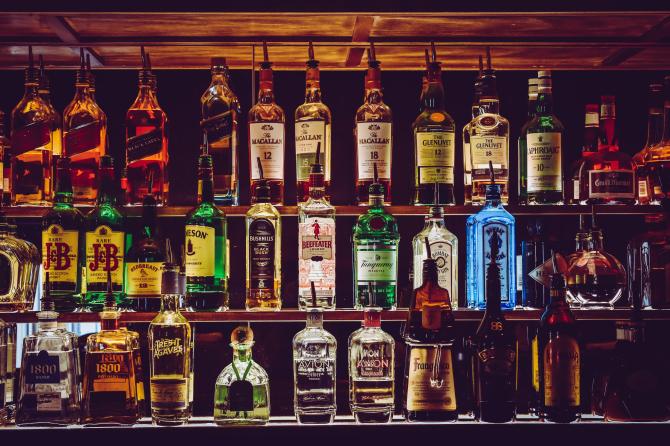 What do alcoholics and chemists have in common?

They both view alcohol as a solution.

An alcoholic wakes up in prison.

He asks the first police officer he sees, “Why am I here?”

“For drinking,” replies the officer.

Alcoholics don’t run in my family.

But sometimes they fall down the stairs.

“Sir, this is Triple A, not Alcoholics Anonymous.”

“I know, I’m just trying to explain why my car is in a lake.”

A guy walks into a bar, grabs a seat, and orders a whiskey double, neat.

The bartender prepares his drink with great delicacy and brings it right over.

The gentleman reaches into his blazer, searching frantically. This catches the bartender’s attention, so he monitors the patron out of the corner of his eye.

Finally, the man finds what he’s looking for and sighs a sigh of relief. He pulls out a straw and takes a sip of his whiskey.

To which the man replies surprised, “Oh no no everything’s fine! I just promised my wife I’d never put my lips on another glass of whiskey again.”

“Alcohol may intensify the effects of this medication”

I never know if this is a warning or a suggestion...