Enjoy our team's carefully selected Deer Jokes. Laugh yourself and share the funniest jokes with your friends! 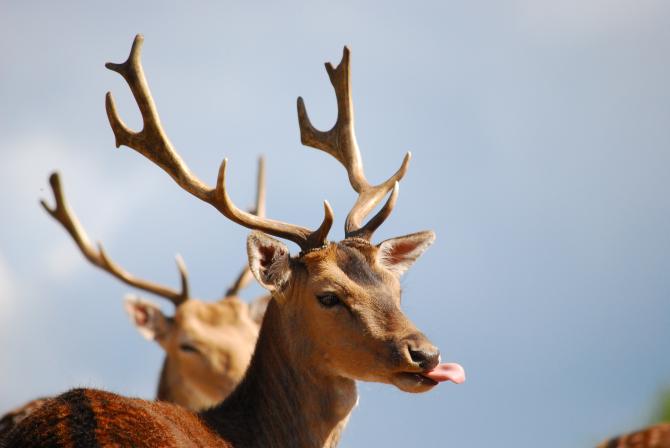 What is a deer’s favorite boba flavor?

What’s the cheapest kind of meat you can buy?

Deer balls. They’re under a buck.

Three guys are in the woods: a really smart guy, an average and a really dumb guy.

They are bored so the smart guy decides to go hunting.

A little while later he comes back with a deer.

The average guy asks, “How did you do that?”

The average guy says, “I think I understand,” and leaves.

A little bit later he comes back with a raccoon.

He really dumb goes gasp, “How did you do that!?”

The super dumb guy thinks for a second and says, “Oooohh ok, I think I can do that…,” and leaves.

Hours pass and the guy finally returns hurt, bloody and horribly mingled. They run to help him.

Finally one of the guys asked him what happened.

A man hunts a deer and takes it home to cook for dinner.

Both he and his wife decide that they’ll play a game with the kids. They’ll give them a clue and get them to guess what it is.

At mealtime, the kids are eager to know what the meat is on their plates, so they beg their dad for the clue.

“Well,” he says, “it’s what mommy calls me sometimes”.

The little girl screams, “Don’t eat it! It’s a donkey!”