Enjoy our team's carefully selected Coffee Jokes. Laugh yourself and share the funniest jokes with your friends! 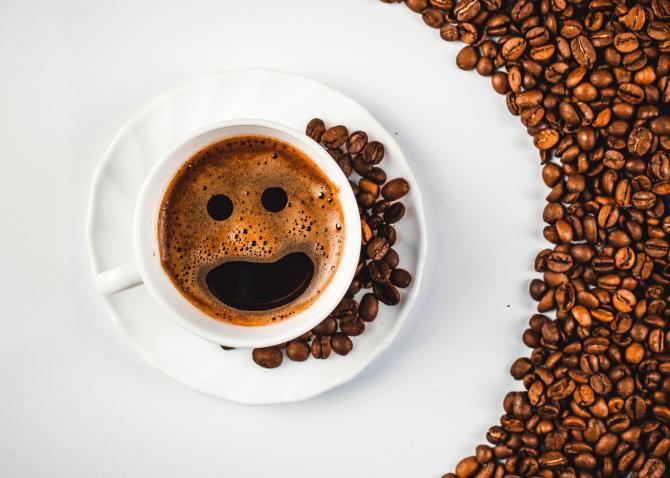 The sun and moon walked into a coffee shop.

I wonder if the moon prefers coffee or gravi-tea?

Guess what coffee and motivational coaches have in common?

They encourage people to espresso themselves!

The Boss always insisted that only Abdul should serve his coffee, but

Boss: “Abdul, since the last 8 years you have brought me coffee filled to the brim without spilling even a drop. How do you manage that over these stairs?”

Abdul: “Sir, just before I climb up the stairs, I take a big sip. As I get upstairs, I put it back.”

I was on the phone with my wife and said, “I’m almost home, honey, please put the coffee maker on.”

After a twenty-second pause, I asked, “You still there sweetheart?”

She replied, “Yeah... but I don’t think the coffee maker wants to talk right now.”

When I get up, my initial idea is of just how you feel, after that, I obtain you a cup of coffee, placed it down, as well as back away, gradually...

What happened to the guy who accidentally made his morning coffee with some Red Bull instead of water?

He got halfway to his work before realizing he had forgotten his car.