Enjoy our team's carefully selected Butter Jokes. Laugh yourself and share the funniest jokes with your friends! 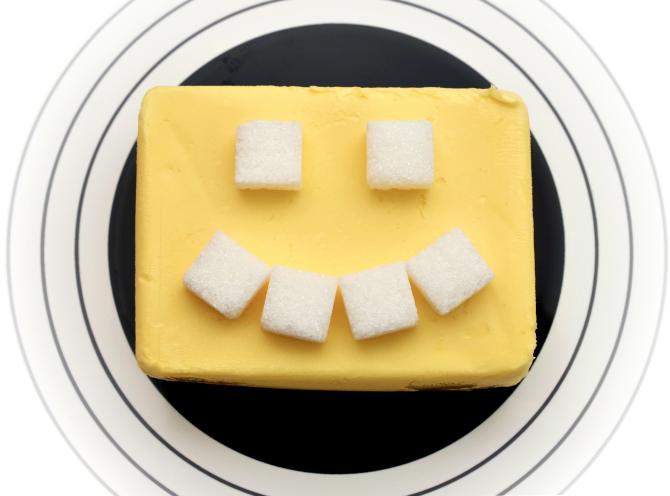 Yo Mamas teeth are so yellow I can’t believe it’s not butter.

Why didn’t the butter take the part in the new movie?

Because it didn’t like the roll it was being offered.

What do you say to an angry baked sweet potato?

Anything, just butter him up.

What did the butter say to the bread?

Why was there peanut butter on the road?

It went with the traffic jam.

Why did the nutty kid throw butter out of the window?

He wanted to see a butterfly.

Someone threw some butter, milk and cheese at me recently.

I thought “how dairy”.

Then, they threw some more mild cheese.

I thought “that’s not very mature”.

I’d tell you a rumor about some butter on a piece of toast, but you might spread it.