Enjoy our team's carefully selected Boss Jokes. Laugh yourself and share the funniest jokes with your friends! 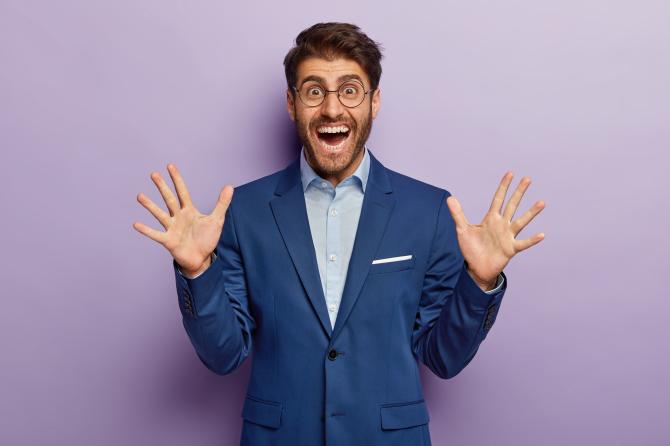 After 10 years of impeccable policing, Roderick was still only a captain. So Rod went to the prefect and asked for a promotion.

Only the prefect couldn’t stand Rod, so he told him, “You will be promoted when you complete an assignment of the highest importance. You must travel to India and bring back... erm... a pair of crocodile shoes!”

Two years later, a search and rescue team is sent to India, to recover his remains.

After weeks of hacking through the jungle, they finally find him.

With a huge, thick beard and wearing rags, Rod sits on riverbank holding a huge cudgel in his hands. Behind him is a gigantic pile of dead crocodiles.

A crocodile swims by; Rod whacks it on the head with the cudgel, drags it out of the water, examines its feet, and throws him on the pile with a curse, “Damn, another one without shoes!!”

At 11am, my Boss asking me the status of work from home.

But at that time, I am trying to remember who is he.

Just kissed my husband intimately on the back of the neck, as I walked past him while working from home.

He started this job on Monday. I thought he was watching a video. He was on a meeting with the CEO.

My boss turned herself into a potato on our Microsoft teams meeting and can’t figure out how to turn the setting off, so she was just stuck like this the entire meeting.

Yo mama so hairy, when she auditioned for Planet of the Apes, they made her pack leader.

I like to show my girlfriend who’s the boss in our house.

I do this by holding a mirror up to her face.

The Boss always insisted that only Abdul should serve his coffee, but

Boss: “Abdul, since the last 8 years you have brought me coffee filled to the brim without spilling even a drop. How do you manage that over these stairs?”

Abdul: “Sir, just before I climb up the stairs, I take a big sip. As I get upstairs, I put it back.”

The boss is out sick so I’m taking it upon myself to declare today a sick day for us all. Go back to bed!

After a minor mathematical error on a routine report, a worker’s boss tried to belittle him in front of his peers.

Angrily she asked, “If you had 4 pickles and I asked for one, how many would you have left?”

Quickly he replied, “If it was you who asked, I’d still have 4 pickles.”

When my boss asked me why I showed up late for our Zoom meeting, I told him that he wouldn’t believe the network traffic.

Now I’m sitting in a disciplinary meeting dressed as Spider-Man.

A company, feeling it was time for a shakeup, hired a new CEO. The new boss was determined to rid the company of all slackers.

On a tour of the facilities, the CEO noticed a guy leaning against a wall and idly picking his teeth. The room was full of workers and he wanted to let them know that he meant business.

He asked the guy, “How much money do you make a week?”

A little surprised, the young man looked at him and said, “I make a little over $400 dollars a week, why?”

He walked back to his office, came back in two minutes, and handed the guy $1,600 in cash and said, “Here’s four weeks’ pay. Now GET OUT and don’t come back.”

Feeling pretty good about himself the CEO looked around the room and asked, “Does anyone want to tell me what that goof-ball did here?”

From across the room a voice said, “Sure, he was the Pizza delivery guy from Domino’s and was just waiting to collect the money.”

What do your boss and a slinky have in common?

They’re both fun to watch tumble down the stairs.

A woman is approaching a very small Bistro.

She calls the barkeeper and when he is standing in front of her she asks him in a very seductive way to come nearer.

Then she bends over the desk and starts to caress his beard.

“Are you the boss of this Bistro?” she asks and touches tenderly his cheek.

“Ehhh. No. Not at all!” the barkeeper replies.

“Would you please call him here?” the lady asks and gently touches his hair.

“Oh, I’m very sorry, but no. Impossible!” the barkeeper sighs who has fun with this situation.

“Would you then please do me a great favor?” the lady asks and follows gently the line of his lips.

“Of course. Whatever you wish!” the barkeeper moans.

“I want to leave a message for the boss,” she says and lets first one, then two fingers slip into his mouth which he gently sucks on.

“What message?” the barkeeper asks with two fingers in his mouth.

“Please tell him that there is no paper, nor soap, nor towel on the lady’s toilet.”

Boss: “Do you believe in life after death?”

Employee: “No, because there is no proof of it.”

Boss: “When you left yesterday saying that you have to go to your uncle’s funeral, your uncle came here looking for you after you left.”

The woman says, “I can make the boss give me the day off.”

The man replies, “And how would you do that?”

She then hangs upside down from the ceiling.

The boss comes in and says, “What are you doing?”

The boss then says, “You’ve been working so much that you’ve gone crazy. I think you need to take the day off.”

The man starts to follow her and the boss says, “Where are you going?”

My boss says I have a preoccupation with vengeance. We’ll see about that.

When my boss asked me who was stupid, me or him, I told him he doesn’t hire stupid people.

The boss said I should go home because I really don’t look good.

I don’t know if I should be happy to get the extra rest, or just offended.

“Get money from your job.”

“My boss told me to leave all my problems behind the door, so I told him to stand outside.”