Enjoy our team's carefully selected Bird Jokes. Laugh yourself and share the funniest jokes with your friends! 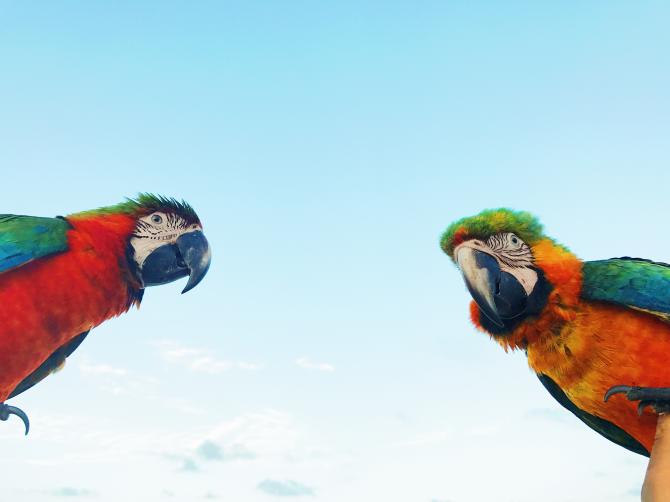 What did the dad turkey say to his stubborn child?

“If your mother could see you now, she’d be turning over in her gravy.”

Do songbirds get mad at hummingbirds...

Because they don’t know the words?

What does a predator call a hummingbird?

Why was the turkey in the pop group?

Because he was the only one with drumsticks!

It was so cold that roosters were rushing into Kentucky Fried Chicken and begging to use the pressure cooker!

Why do birds fly south for the fall?

Because it’s quicker than walking.

Why did the vegetarian hot dog cross the road?

To prove he wasn’t chicken!

I gave my pet bird a haircut and now he thinks he’s James Bond.

Well, I suppose he is a Shorn Canary.

What’s the worst thing about having a big nose?

Birds are always perching on it!

Why do seagulls fly over the sea?

Because if they flew over the bay they would be bagels.

Who is never hungry at Christmas?

Psychiatrist: “What seems to be the problem?”

Psychiatrist: “How long has this been going on?”

Patient: “Ever since I came out of my shell.”