Enjoy our team's carefully selected Bar Jokes. Laugh yourself and share the funniest jokes with your friends! 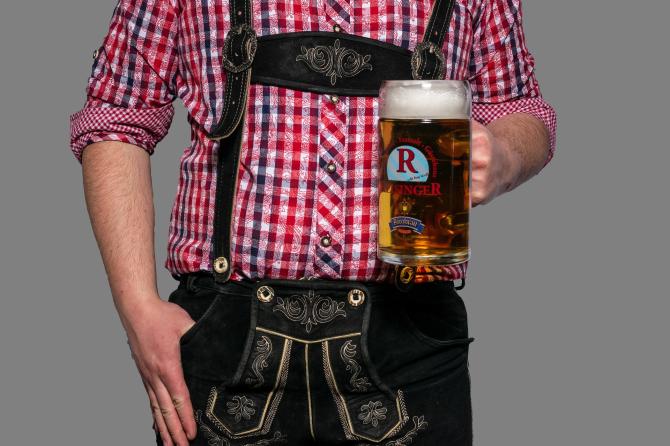 A guy walks into a bar and demands to know, “Who’s the strongest in here?!”

The toughest guy looks at him and says, “I am the strongest around here!”

The other guy politely asks, “Can you help me push my car to the gas station?”

A broke guy walks past a pub. He looks at the door longingly, but since he has no money, he walks on.

Just then, he spots a lamp lying in the gutter. He picks it up and rubs it, and a genie emerges.

“I will grant you three wishes,” intones the genie.

“Give me a bottomless mug of beer,” the guy says.

A mug of beer appears in his hand. He takes a sip, then another. With each chug, the mug magically refills.

“And for your other two wishes?”

Between swallows, the lucky guy shouts, “Give me two more just like this one!”

A guy walks into a bar, grabs a seat, and orders a whiskey double, neat.

The bartender prepares his drink with great delicacy and brings it right over.

The gentleman reaches into his blazer, searching frantically. This catches the bartender’s attention, so he monitors the patron out of the corner of his eye.

Finally, the man finds what he’s looking for and sighs a sigh of relief. He pulls out a straw and takes a sip of his whiskey.

To which the man replies surprised, “Oh no no everything’s fine! I just promised my wife I’d never put my lips on another glass of whiskey again.”

Husband says to his wife.

Husband: “I’m going down to the pub, get your coat on.

Husband: “No, I’m turning the heating off.”

An astronaut and an alien walk into a bar...

What kind of bar is kid-friendly?

Walks Into a Bar Jokes Short

A hot dog and a hamburger walk into a bar.

The bartender immediately tells them, “I’m sorry, but we don’t serve food here.”

A few guys in Spider-Man costumes walked into a bar.

Apparently, they were web designers!

Two scientists walk into a bar.

So a five-dollar bill walks into a bar, and the bartender says, “Hey, this is a singles bar.”

An anteater walks into a bar.

“Having a nice day?” asks the barman.

“Why the long nos?” asks the barman.

The bartender asked him, “Why the long face?”

Two dragons walk into a bar.

The first one says, “It sure is hot in here.”

His friend snaps back, “Shut your mouth!”

A guy goes into a bar in the middle of the day.

It’s quiet and practically deserted. He sits alone, thinking about the twists and turns his life has taken.

He looks around, but he doesn’t see anyone.

He waves over to the bartender to ask her if she hears anything.

I was in a bar some days ago when a beautiful girl asked me, “What do you do?”

I replied, “I race motorcycles.”

She asked further, “Do you usually win many races?”

I said, “No, the bikes are much faster than I am.”‬

An astronaut is the first to step onto an alien planet.

The astronaut decides the first place he wants to go is a pub.

He sees a nearby alien and asks, “Where’s the pub?”

The alien gurgles back, but his suit translates to the astronaut in real time. The alien says, “Just around the corner.”

The astronaut heads around the corner and sees it.

It’s labeled “The Keyboard” and he asks the bouncer, “Why is it called the Keyboard?”

The bouncer replies, “The boss loves all things human and changed his name to reflect that. Ask him, he’s the bartender.”

So the astronaut enters the Keyboard and goes to the bartender.

“Excuse me, do you own this pub?” the astronaut says.

“I do,” the bartender gurgles back.

“Why is it called the Keyboard?” the man asks.

“Well,” the alien gurgles in reply, “since I knew you humans were coming I updated the name...”

The astronaut is on the edge of his seat.

“...The reason it’s called the Keyboard is because it’s a space bar.”